The Dogs and Aces were rained out Friday and played two seven-inning games Saturday.

The El Paso Chihuahuas started the day on Saturday with the Salt Lake Bees at a comfortable distance in the PCL Pacific Southern Division standings, but the Dogs can now hear Salt Lake’s buzz after dropping both games of a double-header against the Reno Aces.

The Dogs and Aces were rained out Friday and played two seven-inning games Saturday. Reno won both, despite having a losing record (45-48). The losses to the Aces can be summed up with one phrase: timely hitting.

The early game was started by El Paso righty Chris Huffman who gave up five runs on eight hits and two home runs before getting pulled for reliever Brad Wieck. Wieck gave up two runs on two hits and a couple of walks. The Dogs were able to muster up three runs in their seven innings on seven hits and two home runs, Aces 7-3.

The second game was really a pitcher’s duel with El Paso’s Colin Rea versus Reno’s Albert Suarez: both gave up just two hits, walked two and allowed no runs.

The Dogs scored the first run of the game in the fifth inning and stayed put while the Aces piled on four runs in the sixth inning, Aces 4-1. 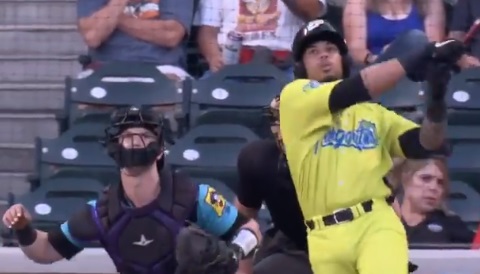 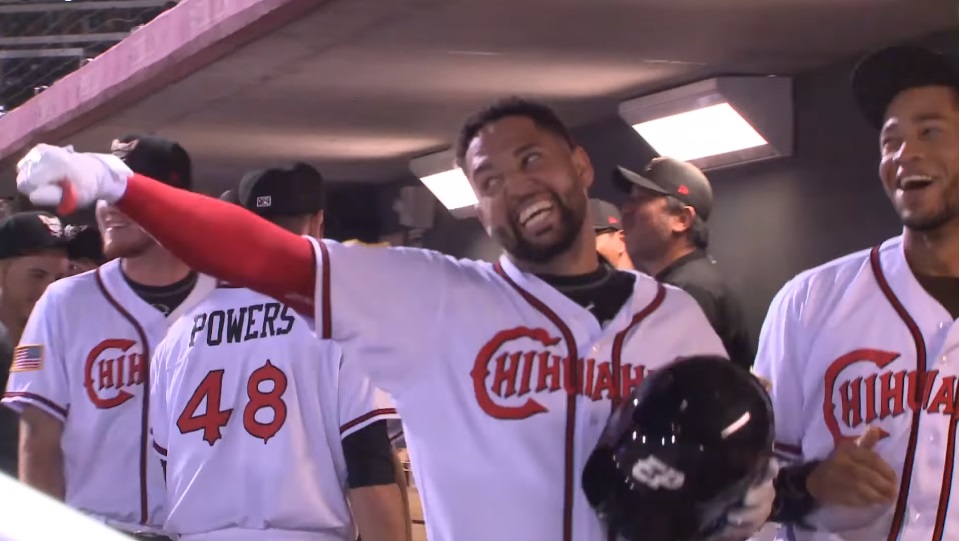