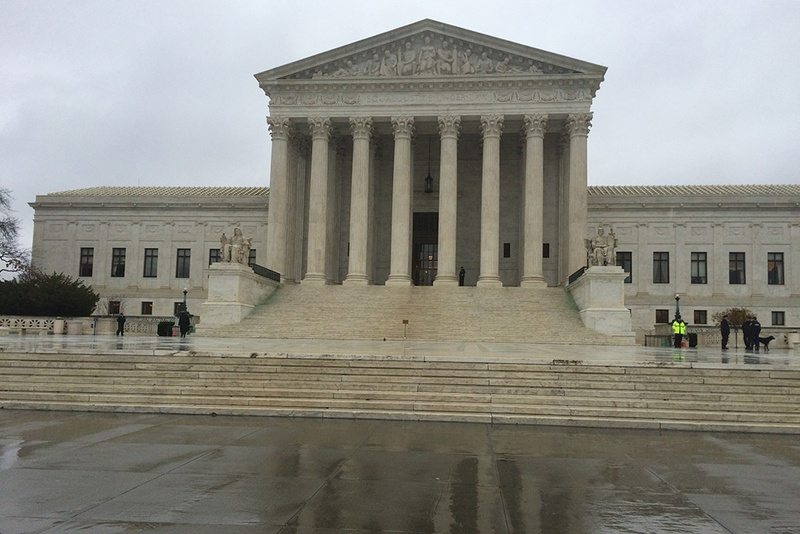 For Republican Texas officeholders regularly straining against the leash of a strong federal government, Antonin Scalia has been a reliable and predictable conservative friend on the nation’s highest court.

They counted on him over and over in winning and losing cases that involved redistricting, environmental regulation, same-sex marriage, college admissions — even the elevation of a Texas governor to the White House.

He might have been at their side in four Texas cases now pending before the court on legal questions about undocumented immigrants, the longstanding one-person-one-vote principle in election law, a challenge to the state’s regulation of abortion facilities and, once again, on the consideration of race in college admissions.

But his death this weekend on a West Texas ranch silenced the high court’s conservative intellectual anchor and its most acerbic writer and shifts an often-divided court to the left. Speculation about whether the current Senate will consider a replacement appointed by President Obama began immediately upon word of Scalia’s death; whatever happens there, it’s unlikely another judge would be in place before the end of the court’s current term.

Scalia wasn’t always on Texas’ side in cases before the high court, but he was with the state’s conservatives more often than not.

He was on the losing side of a 5-4 decision in Texas Department of Housing and Community Affairs v. Inclusive Communities Project in 2015, which said discrimination in housing cases could be proved with statistics showing “disparate impact” as opposed to intentional bias.

And he was on the losing side in Walker v. Texas Division, Sons of Confederate Veterans,when the court said the state was free to reject license plates featuring the Confederate flag.

Scalia was with the 6-2 majority in 2014’s Schuette v. BAMN that upheld Michigan voters’ right to ban taking race into account in college admissions. That decision was the subject of much study in relation to another admissions case — Fisher v. the University of Texas at Austin — heard earlier in the court’s current term.

And he was one of the five justices whose ruling made Gov. George W. Bush of Texas the 43rd U.S. president.

Scalia could have been an outsized voice in four cases before the court in the current term — two of which haven’t even been argued yet.

On March 2, the court will hear oral arguments in Whole Woman’s Health v. Hellerstedt, which challenges Texas’ 2013 abortion law. Beyond deciding the constitutionality of a law that could shut down about half of the state’s 19 remaining abortion clinics, the Texas abortion case gives the Supreme Court an opportunity to clarify how far states can go in restricting abortion.

In 1992, the court ruled that states can impose abortion restrictions as long as they do not place an undue burden on a woman’s ability to obtain an abortion.

Lower courts across the country have disagreed, however, on what constitutes an “undue burden.” Activists on all sides are hoping the high court will provide a clearer definition in its decision in the Texas case. That case centers on the state’s requirement that abortion clinics meet hospital-like ambulatory surgical center standards — which include minimum sizes for rooms and doorways, pipelines for anesthesia and other modifications. In June, a three-judge panel of the U.S. 5th Circuit Court of Appeals largely upheld the new abortion restrictions, saying the new law does not impose an undue burden on a majority of Texas women seeking abortions.

Justice Anthony Kennedy could be the swing vote. If he sides with the conservatives on the court, the resulting 4-4 tie would affirm the lower court ruling.

The lower court also granted the relatively remote Whole Woman’s Health in McAllen an exemption to some narrow elements of the ambulatory surgical center requirements and from a separate provision of the law that requires doctors who perform abortions to have admitting privileges at a hospital within 30 miles of an abortion clinic.

Barring a tied vote, a decision in the Texas case could also determine the constitutionality of restrictions in place in other areas of the country. As of November, 10 states had adopted admitting privileges requirements, but courts blocked enforcement in six of those states, according to the Center for Reproductive Rights. Six states had enacted ambulatory surgical center standards on abortion facilities. Those restrictions were not in effect in two of those states.

The high court also agreed to hear the state’s case against the Obama administration’s controversial executive action on immigration that was announced in November 2014.

Known as Deferred Action for Parents of Americans and Lawful Permanent Residents, or DAPA, the action would shield more than 4 million undocumented immigrants in the country from deportation proceedings and allow them to apply for three-year work permits. Lower courts have ruled to halt the policy three separate times.

The Supreme Court agreed to hear the case in January but has yet to schedule arguments.

Gov. Greg Abbott, in his former role as Texas attorney general, filed suit to stop DAPA and argued the president was abusing his executive authority. U.S. District Court Judge Andrew Hanen of Brownsville ruled the Obama administration failed to comply with the federal government’s Administrative Procedure Act, which governs how federal regulations are made. A Nov. 9 decision by the U.S. 5th Circuit Court of Appeals upheld that decision, and the executive action remains unenforced as the appeal rises to the Supreme Court.

During an interview with The Texas Tribune this month, Solicitor General Scott Keller said the case wasn’t about immigration, but instead about the separation of powers.

The death of Scalia cast uncertainty on many important cases before the Supreme Court, but probably won’t have a major impact on the decision in Fisher v. the University of Texas at Austin, which is a case about the constitutionality of affirmative action.

Justice Anthony Kennedy is still the likely swing vote, just as he was before Scalia died.

Abigail Fisher, who is white, contends she was unconstitutionally denied admission into UT-Austin in 2008 because of her race. UT-Austin considers the race of a small portion of its applicants, and black and Hispanic students often get a slight advantage in that pool of admissions. If Fisher wins her case, UT-Austin might be unable to consider the race of its applicants in the future. A broad ruling against UT-Austin could even end affirmative action nationwide.

During oral arguments in the Fisher case in December, he repeatedly cast doubts on whether racial preferences were constitutional or whether they did anyone any good.

He cited an argument that sending black and Hispanic students to schools that they aren’t necessarily qualified for doesn’t do them any good. He said most of the black scientists in America “do not come from the most advanced schools.”

“There are those who contend that it does not benefit African-Americans to get them into the University of Texas where they do not do well, as opposed to having them go to a less-advanced school, a slower track school where they do well,” he said.

Scalia was one of four conservative justices who most people predicted would vote against UT-Austin, unless some kind of broad compromise was reached. Meanwhile, three liberals on the court — Sonia Sotomayor, Ruth Bader Ginsburg and Stephen Breyer — have indicated support for affirmative action. (The court’s fourth liberal, Elena Kagan, recused herself because she worked on the case while she was U.S. solicitor general.)

The case could also end in some kind of unexpected compromise that doesn’t break down along ideological lines, just like it did when the Supreme Court heard it the first time in 2013. That year, the court voted 7-1 to essentially avoid a major decision, instead remanding the case to a lower court.

“One of the reasons I am convinced the court did take the case is that the conservatives figured out they couldn’t lose — they had four sure votes and were willing to roll the dice with Kennedy,” said Sanford Levinson, a constitutional law expert at the University of Texas at Austin.

Finally, the justices heard arguments last year on a Texas case that questions a basic idea in American election law. In Evenwel v. Abbott, the plaintiffs argue that their voting power is diluted by the way Texas draws its state legislative districts, saying those lines should be based on the number of eligible voters in each district and not on population.

Congressional districts are based on population, as directed in the Constitution. The Evenwel case challenges Texas Senate district lines; a decision allowing states to use eligible voters as a base could shatter current lines here and in other states that want to make the change, remaking the distribution of power in state legislatures. That decision is pending.

The court has already accepted those four cases, among others, but doesn’t have to do anything this term if the justices decide to change course.

If the justices don’t want to rule on a case they’ve already accepted, they can announce it was “improvidently granted,” which means lower court ruling holds, Levinson said. They can hold over any unheard cases they want until they have a ninth colleague, and they can rehear oral arguments with a ninth colleague if they want to wait or they think a ruling with a four-person majority would be too controversial.

“It certainly wouldn’t surprise me if they hold over some stuff where time really isn’t of the essence,” Levinson said. “You can make this argument of the election case [Evenwel]. If they hold it over, the world won’t come to an end.”