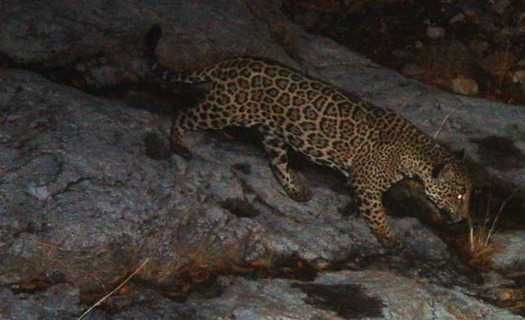 Jaguars are considered an Endangered Species across their range along the border of Mexico and state-level protections exist in Arizona and New Mexico. | Photo courtesy defenders.org

ALBUQUERQUE – Jaguars once roamed much of the Southwest, and wildlife scientists say they’ve identified plenty of land where they could thrive if boundaries identified in a plan by the U.S. Fish and Wildlife Service are reconsidered.

The agency’s 2018 Jaguar Recovery Plan said the most viable area for jaguars near the U.S. and Mexico border could only support two to four females, not enough to sustain a population.

Bryan Bird, Southwest program director for Defenders of Wildlife, said independent research found 20 million acres of suitable habitat in the central mountains of Arizona and New Mexico that would support the big cats.

“Some of us believe that because jaguar are part of the native fauna of the United States, that we should be doing more to recover them here,” Bird asserted.

Bird pointed out the new area identified by the study for jaguar reintroduction is 27 times larger than the current designated habitat and could help bring the big cat back to the U.S.

The multidisciplinary group of scientists compared 12 habitat models for jaguars in Arizona and New Mexico not considered in the recovery plan prepared by the Wildlife Service.

He said jaguars once ranged from Louisiana to California in the southern U.S. and as far north as the Grand Canyon.

“It’s been so long since some of these more spectacular, charismatic animals have been permanent residents of the United States we’ve sort of lost that history,” Bird explained.

Over the last two decades, a number of male jaguars have been photographed in the mountains south of Interstate 10 in Arizona and New Mexico.

At the same time, Bird acknowledged jaguar restoration to the Southwest has been made more difficult by construction of the wall between the U.S. and Mexico.

Disclosure: Defenders of Wildlife contributes to our fund for reporting on Climate Change/Air Quality, Endangered Species and Wildlife, Energy Policy, Environment, and Public Lands/Wilderness. If you would like to help support news in the public interest, click here.
Tags: Jaguar Recovery Habitat