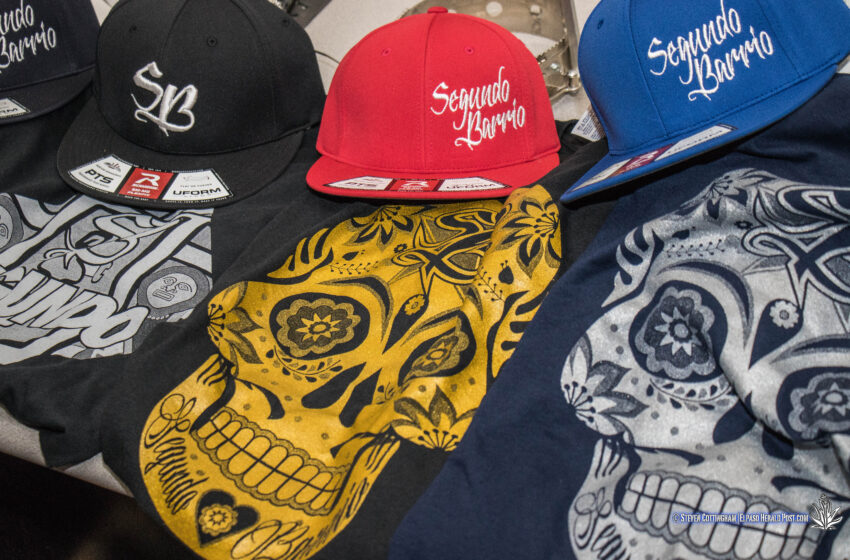 What do you think of when someone mentions the Segundo Barrio? What comes to mind? I asked those questions of the people on the Remember El Paso When Facebook Group and received some amazing answers.

“It is a place where neighbors know each other and lend a helping hand,” says Arlene Salazar. “You belonged to a community and everyone took care of each other. The ice cream truck passed by every afternoon and I would buy a blue raspa with ice cream on top, this was the bomb. Could play outside with family and friends till the sun went down not a rich community but boy there was plenty of Love, which made us a rich community”

“I come from a family of 10, my Dad had his own business and as we were growing up we became his cashiers and my brothers were the stock boys,” shared Guadalupe Soto Faz. “Around Christmas we sold Christmas trees, we always compete with each other when it came who sold the most trees, it was Christmas money which it wasn’t much, good memories, I had the best parents.”

And then there is Minerva Cheatum, “My god parents were Modesto and Tutis Gomez. They had and lived at the wholesale grocery store on Stanton and 7th. They helped the people in the Barrio. My godmother, was at one time on the PTA at Aoy where their kids attended grade school and the went on to attend Bowie. Tito, Gloria and Ofelia.”

Others remember the food, and its flavors. There was the Bowie Bakery, and so many other Mom and Pop restaurants. Others speak of the art, the murals and the artistic expression of the Barrio.

To everyone I spoke with, the Segundo Barrio is a special place. It remains close to the hearts of current and former residents.

“It’s always there,” said Rosa. “It’s a part of you, no matter where you go.” Rosa now lives in Portland, Oregon. “It’s the heart of El Paso.” I’ve been all over the world and I’ve never found another copy like El Paso, or a neighborhood like the Segundo Barrio. It’s rich in history, heritage, and tradition.

It’s the Segundo Barrio’s traditions of family, community and artistic expression that are being carried on by Bobby Lerma of Segundo Barrio Apparel.

Earlier this year, we introduced you to Bobby and his company.  In that article Bobby had said he would be giving 30 to 35% of the companies profits to Bowie Athletics and their feeder programs. It’s a promise he was unable to keep.

With Guillen they helped with the first annual Southside Football Camp. “Between 45-50 kids attended and we provided the tee-shirts, and a Deejay for them.”

There are the tee-shirts and sports jerseys they’ve donated. There were football helmets that were donated, as well as backpacks when school was just starting. If there is something the students need, and if Segundo Barrio Apparel can get their hands on it, it will be given.

“Kids need help,” says Bobby. “Kids in that area need some type of help, and this is just the way I am helping them.”

Bobby, and those working with him are more than willing to help anyone in the Segundo Barrio, that’s why the percentage give rose to 70 to 75%, to help meet those needs. Those needs can seem insurmountable at times.

We all know that there are teachers who buy school supplies for their students. Not every parent can afford the items on those ever-growing lists. The same is true for athletics. Football helmets, like the ones Segundo Barrio Apparel donated can cost upwards of $300. That money is not always there. So, Bobby steps in.

It’s not everyday that someone does something truly altruistic for a whole community. Yet, it’s being done for the Barrio.

What makes this even more amazing is that, locally, they are only open one day a week!

“We only do it three hours a week,” says Bobby. “Saturday, we have our sale, from 11 to 1pm, and that’s it.” Bobby says it has the feeling of a barbershop, when they are open. “People come in from out of town,” he says, “and they tell stories. People who buy one or two tee-shirts end up staying and talking about the past and how good it was.”

The stories that are told are vivid, full of imagery, and a longing for times past. Yet, when you walk through the Segundo Barrio you are walking into a strange juxtaposition of old and new. Those traditions that generations were raised with are sill there today.

Bobby knows about the Segundo Barrio and its traditions. He grew up on Seventh and Ochoa. He knows the needs of the community, and how best to help them. What Segundo Barrio Appeal is doing is helping to meet that need, and you can help by visiting them and buying tee-shirts, hats, and more.

According to Leos Guillermo Portillo, that tradition and drive for excellence runs deep in the Barrio.

“El Segundo Barrio means identity and roots for our city of El Paso,” says Leos. “El Segundo Barrio, on of the oldest neighborhoods in El Paso and the birthplace to great men and women, it means an exchange of cultural changes between Mexico and the USA. It describes the authenticity of our men and women workers with a great effort to excel in their environment as in their family circle.”

With Bobby, and his family I can see that. They are striving to make changes in the community, and the lives of future generations through Segundo Barrio Appeal.

“It’s not only just a section of El Paso,” says Bobby Lerma “I know it’s probably the section with the poorest, but there is a lot of culture, a lot of history, a lot of pride. People who get out of there want to contribute. They do it differently. I have friends that coach there, others who go back and apply to teach at a school there. And I have my friends at Bowie. A lot of us Bowie ex’s come back and try to help out.”

To me, the Segundo Barrio is the heart of El Paso. It is the dreams, hopes and aspirations of a community that can drive the rest of us to experience simply by their example.

You can visit Segundo Barrio Apparel on line…but, even better, this coming Saturday, why don’t you visit them? They are open from 11 to 1pm at 4302 Alameda. 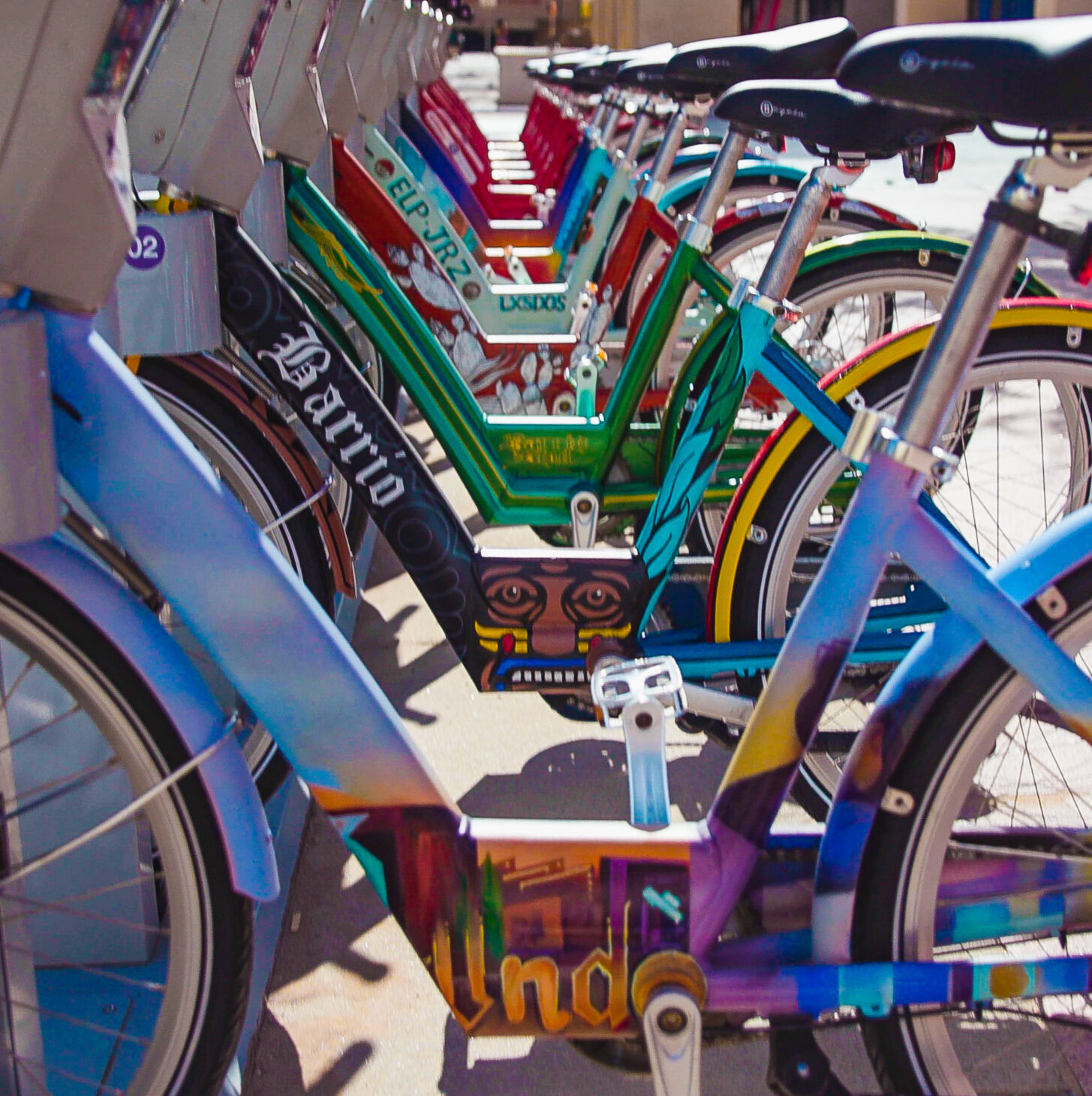