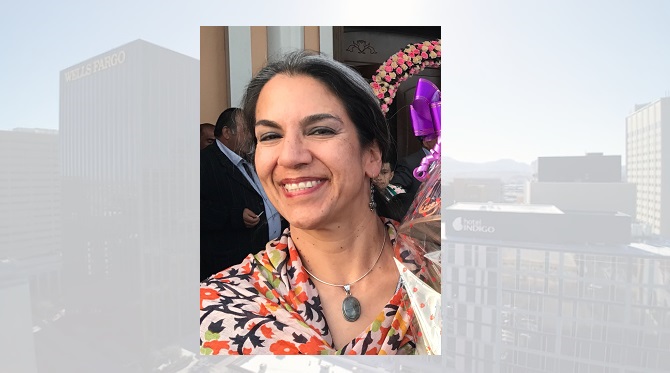 Flores, who has worked for the City for nearly 15 years, has served as a lawyer for various City departments, to include the El Paso International Airport, International Bridges, Environmental Services and Fire Department, to name a few.

She has been instrumental in much of the City’s response to the COVID-19 pandemic and provided legal support to the Office of Emergency Management in the response to the August 3rd mass shooting and the U.S.-Mexico migrant crisis.

City officials share that the award recognizes an assistant local government attorney who “exhibits the traditional qualities of excellence in the practice of law, and has also provided outstanding service to the public; possesses an exemplary reputation in the legal community and the highest of ethical standards; and who revels in maintaining a life that balances a passion for professional excellence and the joy of family and friends.”

The award is named after the late-Brad D. Bailey, a lawyer who served in metro Denver city attorneys’ offices.

Flores is an active member in the El Paso community, volunteering at both the local public radio station and public television station during their pledge drives and art auctions. She fosters cats and dogs from the City’s Animal Services Department for weeks or months at a time, many with various medical conditions.

Prior to the COVID-19 pandemic, Flores was an active dancer in the local Greek and Middle-Eastern festival. She has traveled to various countries, including Turkey, Egypt, Morocco, Greece, Cyprus and Algeria to learn traditional dances. She is currently participating in a virtual format with a San Francisco dance troupe that is learning traditional dance from seven dance regions.

The International Municipal Lawyers Association (IMLA) is a non-profit, professional organization that has been an advocate and resource for local government attorneys since 1935.

IMLA serves as an international clearinghouse of legal information and cooperation on municipal legal matters. IMLA collects from and disseminates information to its membership across the United States and Canada and helps governmental officials prepare for litigation and develop new local laws.