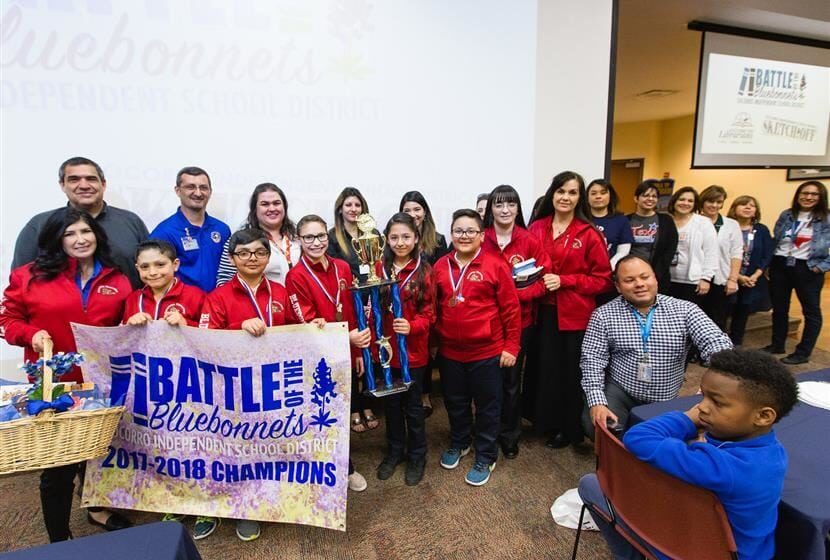 “They worked really hard and they wanted to win. You could see it in their faces,” said Marcy Sparks, Battle of the Bluebonnets coordinator and director of SISD’s library services. “Overall, I think the contest was a huge success. With the Battle of the Bluebonnets, we are now having a different conversation about reading for fun. This competition has made a difference. Kids are enjoying the books very much. Then they come here and feel like superstars.”

More than 140 students from each SISD elementary campus took part in the reading contest, the first of its kind in El Paso. The student teams — five children from third, fourth and fifth grades chosen by the school librarian — participated in a trivia-style contest with rounds of questions coming from the 20 Texas Bluebonnet Award books.

Team members prepared by spending much of the school year reading the books from the award list. Each campus librarian was the coach of their school’s Bluebonnet team.

At the contest, Escontrias won the traveling trophy to display in the school library and each member received a medal. Medals also were awarded to the second-place team, Dr. Sue Shook Elementary, and the third-place team Elfida Chavez Elementary.

Certificates were given to every participating student.

The five Escontrias team members read an average of 15 of the 20 Texas Bluebonnet books. Eleven-year-old Samirah Avila read the most, 19 books. She has participated in the competition since its inception. This was her last year.

“I am so proud of my team,” Avila said. “We aren’t even the same team as the other two years. We had two new members. I think that shows a lot of effort. I am surprised we won, but I am glad to be going out a winner.”

Montwood High School’s Noelle Serna, a sophomore, won the sketch off that was judged by all the Bluebonnet students. Librarian Melva Gonzalez from Myrtle Cooper was the winner of the #SISD_Reads award. She submitted the most tweets of the Battle of the Bluebonnets Contest library displays and activities. The best themed centerpiece went to Horizon Heights Elementary.

New awards were added to this year’s competition. The first one was the spirit award. It was given to one school from each feeder pattern and recognizes the campus teams that overcame obstacles and learned to work together during the competition.

In addition, two educators were presented the Distinguished Library Administrators award for their support of libraries and librarians and for the integral part they play in building a culture of literacy, Sparks said. They are Jenifer Hansen, principal at Horizon Heights, and Enrique Herrera, principal at William D. Slider Middle.

“The best part of the Bluebonnet battle was getting to read all the books,” said Vista del Sol fifth-grader Allison Gonzalez, who finished 13 books. “Then I got to use the information from the books in a contest. It’s magnificent.”

The annual competition was held February 23rd.  To view more photos of the event, click here. 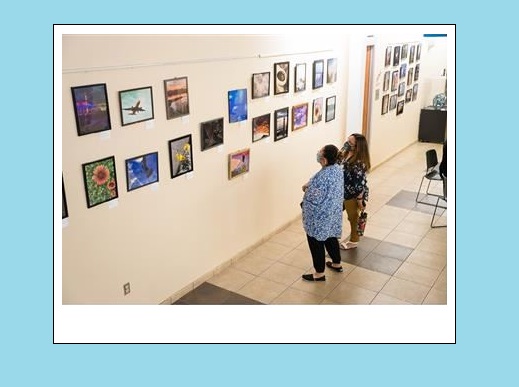