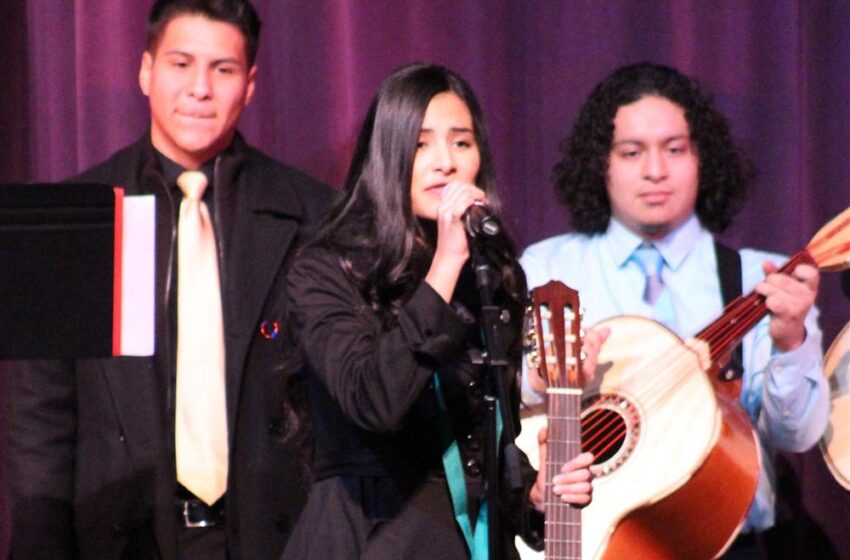 The UIL pilot competition featured the bands from Socorro, El Dorado, Eastlake and Montwood high schools. They competed against 54 other Texas schools and were four of five groups from the El Paso area to travel to state.

Schools were judged on a variety of things including instrumentation, attire and stage presence, and earned division ratings from 1 to 5, with 1 being the highest score. All four of the SISD mariachi groups earned a Division 2 rating.

Their ratings were commendable, considering the groups were competing for the first time against bands that go up against one another regularly, said Roger Rosales, mariachi director at Socorro. Many high school mariachis in the San Antonio area are ranked top in the nation.

“It was a very good learning experience for all of us,” Rosales said. “We all now know what to expect for next year.” Rosales, who has been with the program for 21 years, took 18 students to the competition. Making it to state was an honor, he said.

“This tells others good music is coming from El Paso. We are all just going to get better and better and the programs are getting bigger and bigger,” he said.

For the Eastlake group, making it to a state contest was an awesome achievement for a mariachi class that started only a year ago with most

“We are happy where we came in at the contest. This gives the kids something to work for,” said Albert Martinez, the Falcon’s mariachi teacher, who took 15 students to state.

Eastlake principal Gilbert Martinez is proud of the groups’ accomplishments.

“Mr. Albert Martinez is a valuable person to our team,” he said. “He works hard and is committed to showcasing our students to the state of Texas. It is no accident that our students perform at such high levels.”