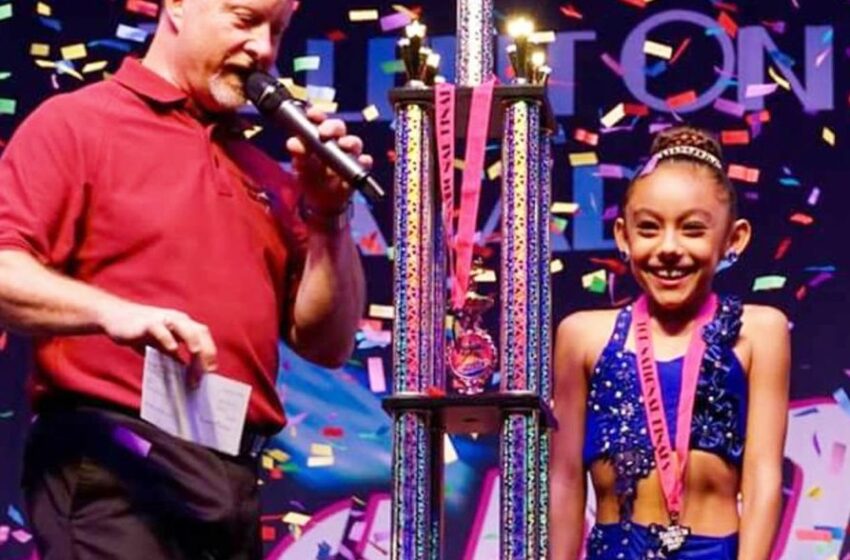 John Drugan Elementary student Danika Luevano put SISD on the national map recently when she won a national dance competition with a routine that has a powerful anti-bullying message.

Luevano wanted to stand up to bullies the only way she knew how: by dancing.

The third grader, who competes in dance contests nationwide as a member of New Horizons Dance Academy, performed to Cher’s “You Haven’t Seen the Last of Me” at the National Dance Title Competition in Oklahoma City, OK. and took home the first place in Young Solo competition.

Danika’s routine, choreographed by Becky Cano, was dedicated to kids who have been or are being bullied.

“She knows what it’s like,” said her mother, Vanessa Luevano. “What touches her heart the most is the dancers and kids who tell her what an inspiration her song is and what a strong message it sends out to everyone.”

To get to nationals, Danika won the local competition in El Paso and the regional contest in Phoenix. At the national competition in Oklahoma City, she competed against 70 other dancers in her age group. The win came with $350 and a 7-foot trophy.

“This is her first year competing,” Vanessa Luevano said. “She’s only been doing dance for the past two years.”

The routine was special to Danika because it was much more than just a dance.

“I am so proud of her,” Luevano said. “It wasn’t just about winning. It was about getting the message out about bullying.”