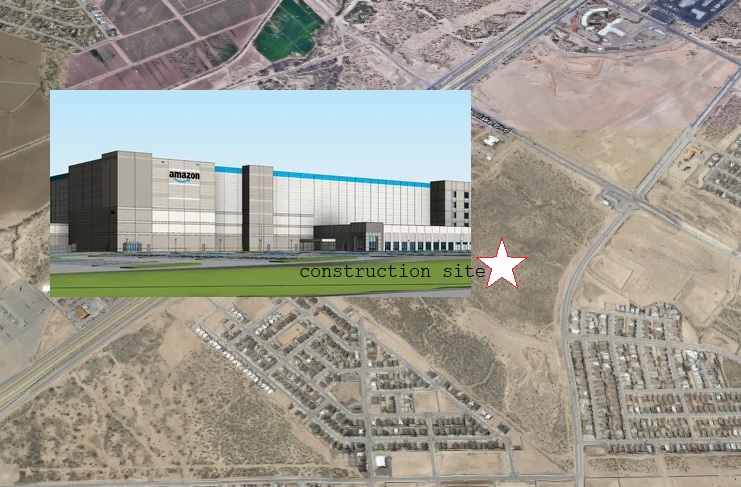 Law enforcement is looking into the discovery of human remains on the site of the new Amazon Fulfillment Center, under construction in Far East El Paso.

According to the El Paso County Sheriff’s Office (EPCSO) on the afternoon of March 15, they were notified that a portion of a possible human skeletal limb was located at a construction site at 12101 Emerald Pass Drive, just north of I10 in Far East in El Paso.

The El Paso County Sheriff’s Office Major Crimes Unit and Crime Scene Unit was sent to the area where the portion was discovered.

Sheriff’s Office personnel excavated a small area, where the limb was discovered, but no additional skeletal limbs were found.

According to EPCSO officials, the Crime Scene Investigators did not discover any other skeletal remains or any items of evidentiary value.

The site has been since been released back to the construction company.