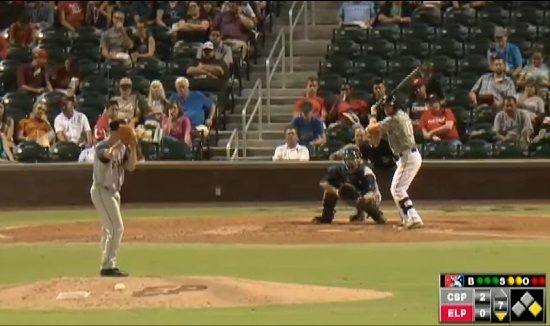 After a scoreless three innings, Colorado Springs surged ahead with four runs in a 10-batter top of the fourth, including a two-run single by pitcher Hiram Burgos. Burgos tossed five hitless innings before turning it over to the Colorado Springs bullpen. Alex Dickerson ended any chatter of a no-hitter with a sixth-inning single.

The Sky Sox starting pitchers have held El Paso to one run in 16.2 innings so far in the series. Of the Chihuahuas four hits, only one was a single. Jake Goebbert doubled and both Hector Gomez and Will Middlebrooks hit solo home runs to comprise the other three hits. With Tuesday’s win by first place Las Vegas, the Chihuahuas are in second place, 2.5 games back.