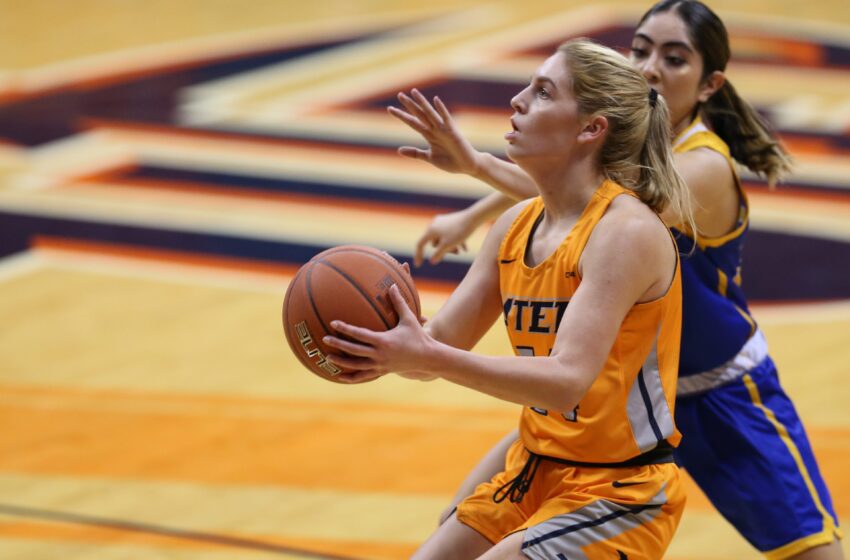 The Orange and Blue were without their second-leading scorer (Ariona Gill), who missed the contest with an injury. Freshman Sabine Lipe started in her place, contributing a career-best six assists and three boards. UTEP finished at 32.7 percent (18-55) from the floor, recording 13 assists on its 18 made field goals. It also took decent care of the ball with 15 turnovers, but the first quarter was too much to overcome.

“We lost the game in the first quarter,” UTEP head coach Kevin Baker said. “I’m disappointed and certainly we’ve got to start off games better than that.”

Rebounding favored Tulsa slightly (36-33), but the Miners enjoyed a 26-20 cushion for points in the paint. Jade Rochelle set the tone for the Orange and Blue on the boards by grabbing a team-best seven caroms. In terms of scoring, Jordan Alexander (seven points), Ariana Taylor (five points) and Rochelle (four points) followed after Zec and Puc.

Tulsa opened up the game on a 17-3 push, including scoring the first seven points in the contest. The Miners endured a stretch of more than five minutes without a field goal, before a lay-up from Jade Rochelle halted the stretch. The damage had been done, though, with the home side up by 20 (25-5) through 10 minutes of action.

It was a much more competitive second quarter, with the Miners actually outscoring TU by one (11-10) in the frame. Katarina Zec and Zuzanna Puc did almost all of the work, combining to account for nine of UTEP’s 11 points in the quarter.

The Orange and Blue continued to play well in the second half, particularly in the middle of the third quarter. UTEP peeled off 11 consecutive points over a four-minute span in the frame, reducing a 22-point deficit (40-18) all the way down to 11 (41-30). TU finally stopped the sequence with a pair of free throws. UTEP was able to get within 11 on two more occasions in the period before the home side reinstated order by wrapping a 6-0 surge over the quarter change. The Miners battled in the final frame, but couldn’t get closer than 14 down the stretch.