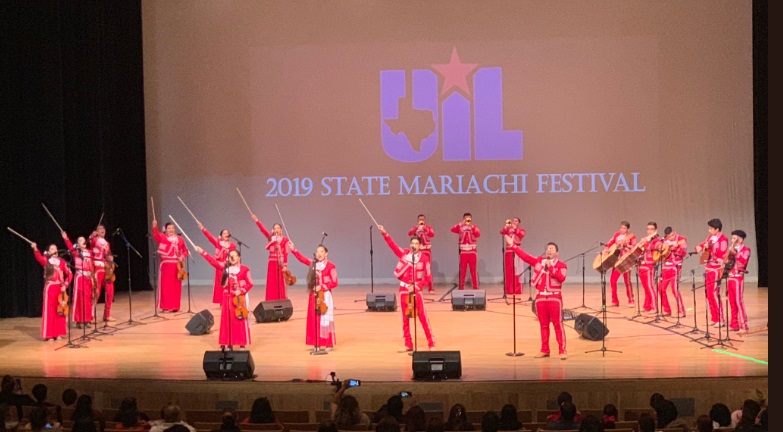 Socorro ISD had three of the four mariachi groups in the region to advance to the UIL state competition. Eastlake and Americas high schools also competed in the contest.

A total of 69 mariachi high school groups from the state competed over the weekend. Los Gavilanes de Socorro were one of 17 Texas schools to earn the superior rating for their performance. In addition, 15 of the 18 students in the Socorro High School group earned Outstanding Individual Musicianship Awards.

“We have been working for this rating for a long time,” said Roger Rosales, mariachi instructor. “We practiced so much, and we were constantly looking at how to get better. There were so many good groups out there, but we were confident that our kids would do very well!”

“These were very technical songs,” Rosales said. “They are fast and very hard to play but our kids were prepared. They really deserve this!”

The teams were judged on instrumentation, attire and stage presence. Judges also looked at the bands’ pitch, rhythm and tone.

The violin player said she was surprised and honored at their achievement, and it was significant for her as a first-year member of the group.

“It was great to know that the hard work paid off, especially because it is easy to get distracted, but we kept going,” Betancourt said. “Since this is my first year, this is something I will never forget. We learned a lot, like how to support each other.”