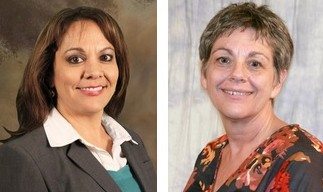 The Texas Association of Secondary School Principals has named two administrators from the Socorro Independent School District as tops in their profession.

Selections were announced at a summer workshop in Austin. Established in 1922, TASSP’s purpose is to build an active network of educators who want to take responsibility for the quality of school leadership and work to advance secondary school education by discussing critical issues and encouraging research to offer solutions.