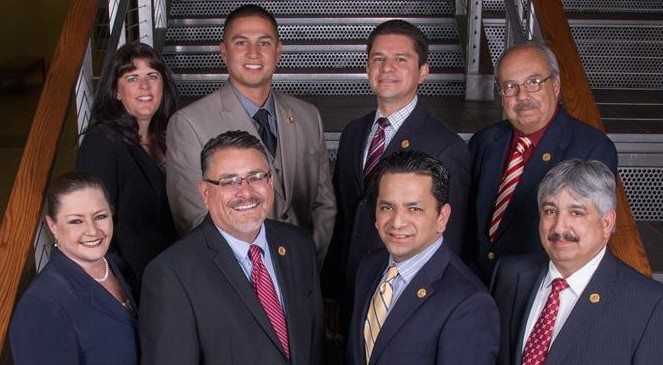 The Socorro Independent School District Board of Trustees has been honored once again by their peers.

In a Wednesday release, SISD officials announced that the board has been named a 2015 Texas Honor Board, one of the highest achievements a school board in the state of Texas can earn. Earlier this year, the SISD Board of Trustees won Region 19 Board of the Year, which put them in the running for the honor board achievement.

This is the second year the board has been named Region 19 Board of the Year and the first time they have been recognized as a Texas Honor Board.

“This honor speaks volumes for the hard work, commitment and ethical leadership that our Board of Trustees has consistently delivered for Team SISD,” said SISD Superintendent of Schools José Espinoza. “To be named a Texas Honor Board in a state with more than 1,000 school districts shines the spotlight on an exceptional group of dedicated citizens and their excellent school governance. They truly are serving the students and community in Team SISD with outstanding leadership.”

The SISD Board earned the recognition as part of the 2015 Texas Association of School Administrators (TASA) School Board Awards. They were selected as the top school board in El Paso County and as a Texas Honor Board for their commitment to ethics, support of academic excellence, dedication to their constituents and community, and their passion for top-notch teaching and learning in Team SISD.

The SISD Board of Trustees is one of five Texas Honor Boards chosen by TASA. The 2015 Texas’ Outstanding School Board will be chosen from those five honor boards. All regional and honor boards are recognized at the TASA/TASB Convention, which will take place in the fall. TASA created the School Board Awards Program in 1971 to recognize school boards whose dedication and ethical service have made a positive impact on the schoolchildren of Texas.

“I am extremely proud and honored to be part of this incredible team of board trustees,” Dr. Espinoza said. “They are the number one reason we are ‘Achieving Success as a Team!’”

Read the press release from the Texas Association of School Administrators at: