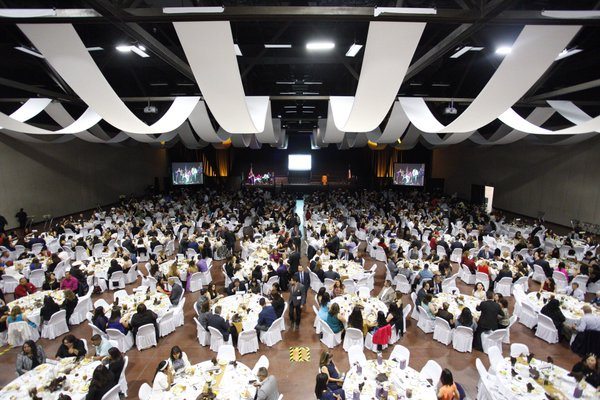 The Socorro Independent School District celebrated its 46 Campus Teachers of the Year at the district’s 2016 Teacher of the Year Gala on May 7 at the Judson F. Williams Hall in the El Paso Convention Center.

The top two Teachers of the Year were named at the annual event.

Erica Loya, from Dr. Sue Shook Elementary School, was named the 2016 SISD Elementary Teacher of the Year. Loya is a fourth-grade

teacher and has been an educator for 13 years.

Dianna Rios, from Montwood High School, was named the 2016 SISD Secondary Teacher of the Year.

Rios is a ninth- and tenth-grade AVID teacher and has been teaching for 16 years. The district elementary and secondary winners will go on to represent SISD in the Region 19 Teacher of Year competition in August.

More than 1,000 people attended the event, including teachers, principals, family members and other SISD staff.

Each school’s Campus Teacher of the Year was recognized at the gala, including those who were selected as Elite 8 finalists.

Noticias 26 news anchor Ariadna Lopez was the master of ceremonies for the gala.