More than 140 students in early college high school programs in the Socorro ISD celebrated their milestone achievement of earning an associate degree while still in high school at special ceremonies during the month of December.

The students also walked the stage at the El Paso Community College graduation ceremony to pick up their college diploma Dec. 10 at the Don Haskins Center.

“As we all know, the past couple of years, our students have gone through lots of adversity and have overcome many obstacles,” said Benjamin Ortega, principal at MECHS. “This group of students is particularly special because they earned their associate degrees while dealing with the obstacles the pandemic has presented, and they still managed to make MECHS and SISD proud.”

The students, who are part of the 15th class of graduates at MECHS, were also proud of their outstanding accomplishment.

“Just knowing I was able to accomplish something many high school students cannot say they have done makes this moment that much more special,” said Julian Medina, a senior at MECHS. “It is a blessing to have this opportunity, I believe every student should take advantage of these opportunities if they can.”

Thirty-three students at Rams Early College earned their associate degree and are ready to continue their education and career aspirations.

“It’s a blessing to see what the students have accomplished especially now through the pandemic. They’ve stayed the course, and learned a lot on their own while working remotely,” said Orlando Hairston, assistant principal at Montwood High School and REC director.

This marks the fifth stole celebration for students in REC who completed the program.

“Today feels great, but it’s kind of unreal because I never imagined myself being in this position,” said Ariadna Perez, a senior in the REC program. “I always knew that I wanted to continue forward with my education, but this is going to help so much financially, help it to be a faster process, and it’s going to be a better experience overall.”

Students felt honored knowing that their hard work had paid off.

“This shows that if you work hard there is always an award at the end,” said Oscar Sanchez, a senior at Rams Early College. “No matter how hard things may be with ambition and hard work you can make it.”

Twenty-six Socorro Early College students celebrated receiving their stoles during a virtual ceremony Dec. 9. This is the seventh group of students earning their stoles at Socorro High School.

“Though they’ve been dealing with everything going on with the pandemic, getting to this moment is a testament to their fortitude, resilience, and their commitment to their educational journey,” said Ignacio Estorga, principal at Socorro High School. “I couldn’t be prouder of them because they are going to learn a lot from this, and they are going to come out stronger.”

Parents placed the stoles and cords on their children as they were given a brief spotlight on camera during the virtual ceremony.

“I was really excited for today because it’s a celebration of my accomplishments,” said Carla Corral, a senior in the SEC program. “It means a lot to me to reach this goal because I want to make my loved ones really proud.”

For Socorro High School senior Simon Hernandez, it was not just a special moment for him but also for his little brother. Hernandez hopes to set a good example for his brother as he becomes the first member of their family to earn a higher education.

“It is extremely important that I get the opportunity to show him that education is a great pathway as it is a gateway that opens millions of doors to opportunities in the future,” Hernandez said.

Thirty-five Trailblazers Early College students received their stoles in a special virtual ceremony Dec. 16. The school celebrated its third cohort of students to earn their stoles.

“This is a fantastic thing to see, especially as an educator,” said Carlos Sandoval, assistant principal at Americas High School and TEC director. “Earning an associate degree at such a young age is outstanding.”

Timilehin Adeniran, a senior in the TEC program, said he felt like shouting at the top of his lungs after this achievement.

“I love that feeling of being able to start something and finishing it,” Adreniran said. “Saving time and money with this program makes me feel that way and I also feel like I am setting a standard for my younger siblings.”

Socorro ISD was the first district in the region to open an early college high school, Mission Early College High School, in 2006.

SISD, in partnership with EPCC, offers the most early college programs in the region with a program at all comprehensive high schools in the district, including MECHS. 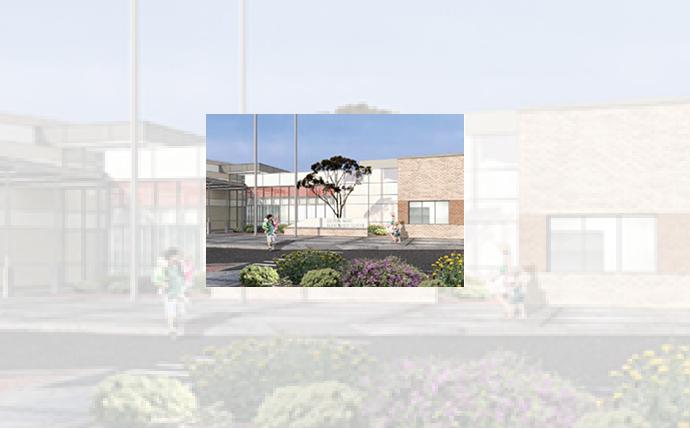