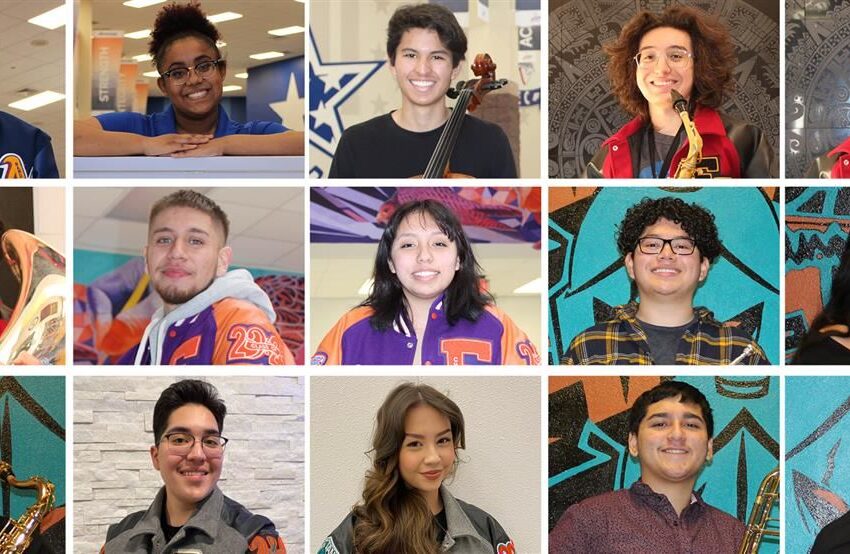 The talented students in band, choir, mariachi, and orchestra were selected from over 70,000 individuals who competed in the TMEA auditions.

The 15 SISD student musicians will attended and performed in various ensembles at the 2022 TMEA state conference Feb. 9 to 12 in San Antonio.

“SISD is extremely proud of all of our musicians who advanced to the area level as well as those who qualified for the All-State organizations,” said SISD Fine Arts Director Armando Martinez. “We are excited to return to in-person auditions since the shutdown and Team SISD excelled.”

The students earned the all-state status by participated in the competitive process conducted across the state at district, regional, and area levels. Being selected as a TMEA All-State musician is the highest honor a Texas music student can receive.

SISD had the most state qualifiers out of the El Paso region. At the TMEA conference, 18 All-State ensembles will perform featuring the 1,875 students selected through the audition process.

Martinez said having the most All-State qualifiers from all the districts in the region is a testament to the hard-working teachers and students in SISD. Despite the adversity and obstacles of this school year, both students and teachers have persevered and continue to achieve at the highest levels.

Students who participate will take part in three days of rehearsals directed by nationally recognized conductors during the TMEA convention.

“I’m really looking forward to playing with some of the best musicians from across the state, especially in a state as big as Texas,” said Americas High School senior Ricardo Chacon, who plays the cello.

This is Chacon’s second year in a row earning a spot in the All-State orchestra ensemble.

His orchestra director Jose Rios said his achievement is well deserved considering all the time Chacon spent to refine his skill.

“I am so excited for him more than anything,” Rios said. “These musicians are the best in the state, so I am excited to hear that level, quality and caliber of music and for him to be a part of it.”

The students’ performances are the grand finale for the thousands of attendees at the TMEA conference, which this year has a theme of “Celebrating Music Together.” This commemorates the first in-person event after two years of health and safety precautions due to the COVID-19 pandemic. The association, which was founded in 1921 and has more than 14,000 members, is dedicated to promoting excellence in music education.

Esperanza Herrera, a sophomore at Eastlake High School, also earned All-State honors this year and last year as part of the choir ensemble, in which she sings as a soprano 2. She said she is excited to get the opportunity to go to the conference this year to explore San Antonio and be able to participate in the workshops.

“I’m actually really happy about this,” Herrera said. I didn’t think I would make it this year, but I worked really hard, and I got it.”

Pebble Hills High School senior Joey Zapp, who plays tenor sax, said that after earning third chair in band last year at the area audition, he was disappointed. It motivated him to work extra hard this year, so he began to invest a couple hours of practice every day.

“When I found out I made it I was ecstatic and super happy because it showed me that hard work does pay off,” Zapp said. “This is a really cool opportunity.”

Zapp, who also was the recipient of the Dave Koz Scholarship, said he has trouble communicating verbally sometimes, so he feels it’s a lot easier to communicate through music.

“I love music,” Zapp said. “So, I’m excited to show everyone how dedicated I am to something I love.”