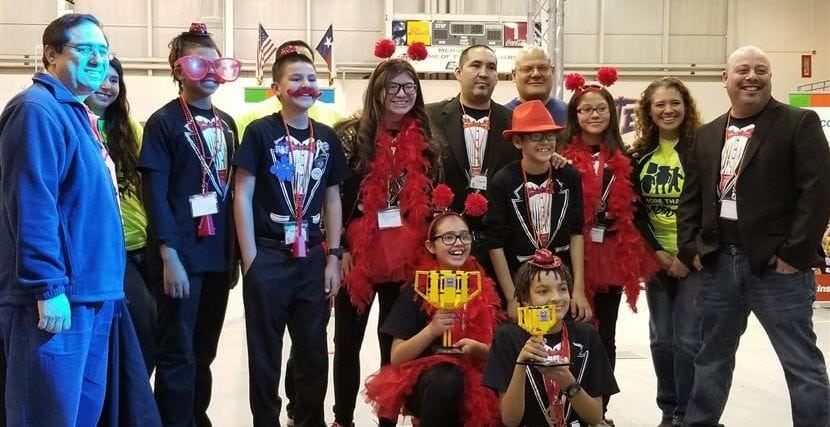 Team SISD’s 11 robotic teams showed their strength at the West Texas FIRST Lego League Championship not only by bringing home nine awards, but three of the teams were named Regional Champions of the West Texas area.

“We are extremely excited about the progress that SISD has made in the FIRST Lego League through our collaboration with UTEP,” said Stephanie Carrasco, SISD coordinator for advanced academics/college readiness. “Our students had opportunities to fully embrace the STEM principles in exploring their projects and in developing solutions to real-world problems. Additionally, they honed their skills as problem-solvers and critical thinkers. Three of our student teams were greatly rewarded by taking the top spots.”

This year’s challenge was hydrodynamics. Students were asked to examine how people impact the human water cycle. Keeping with the water cycle theme, the students found ways to program their robot to deal with water issues, such as having a robot water a plant, letting a robot put out a fire with a firetruck or another activating rain clouds.

At the day-long contest, students presented their research projects, were judged on their robot design and participated in robot matches.

At the end, seven of the 11 SISD teams took home rewards.

“All the teams worked hard and displayed gracious professionalism,” Carrasco said. “We were so happy to see how they interacted with other teams. Their level of respect while still having fun made us all so proud.”

Here are the SISD winners:

Forty-five teams competed in the contest held Jan. 27 at the University of Texas at El Paso. This is the second year SISD participates.