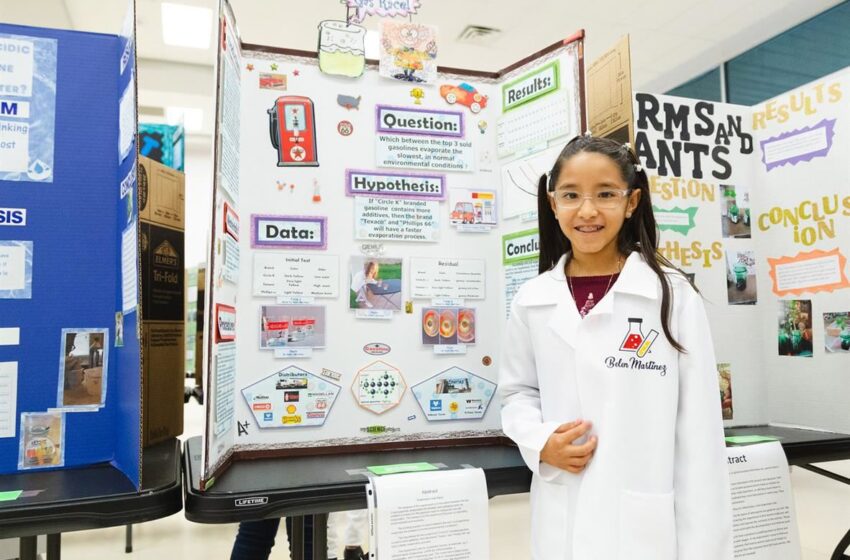 “This is a good experience for a student,” said Danielle Navariz, elementary science instructional officer. “It’s important. Not only are they learning about science, but they are improving their presentation skills. The students have been preparing for months on their projects, culminating with the science fair.”

In the seventh grade, Arella Orrosco and Gabriel Ramirez, both from John Drugan, and Mercedes Lopez, Socorro Middle School, were sweepstake winners. Orrosco took first place in life, Ramirez was tops in physical science and Lopez won the engineering category.

“This science project was based on my desire to be an architect,” said Roman, a middle-school sweepstakes winner. “I wanted to find the best building material and it turned out to be adobe. It was so much fun doing this and it will help me when I become an architect.”

The first-place winners, 66 students, from the middle school science fair advanced to the Sun Country Regional Science & Engineering Fair, which will be March 2 at Pebble Hills High School.