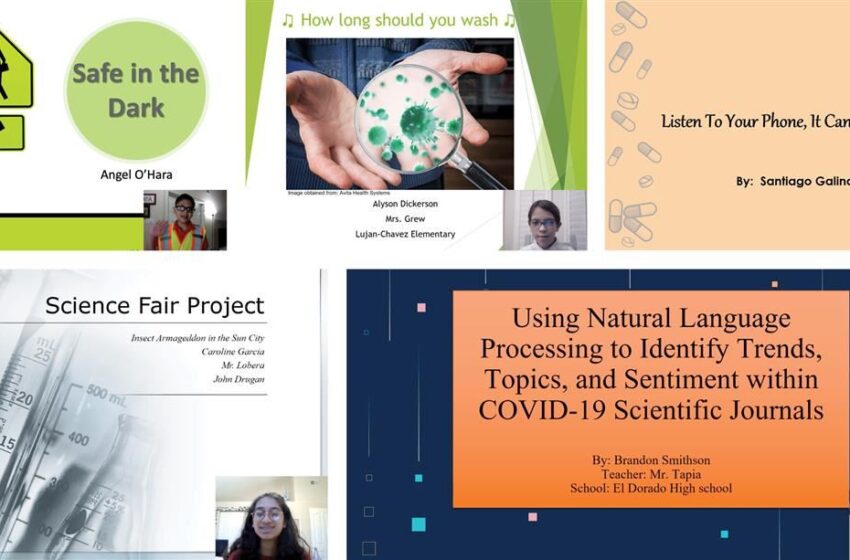 District officials share that the students rose to the challenge of completing their projects, many of them in remote learning, and presenting via a new video format.

“Despite these challenging times, we were not willing to cancel the science fair, it was just not an option,” said Danielle Navariz, SISD instructional officer for elementary science. “We had to brainstorm creative ways to continue the SISD science fair, and we did, virtually.”

Those in sixth through 12th grade who earned the top two places in each category will now compete in the 2021 Sun Country Regional Science Fair, with a chance to advance to the 2021 Texas Science and Engineering Fair.

This year, SISD students were asked to submit a five-minute video presentation of their science project instead of the traditional in-person presentation. The judges then reviewed the submissions over the course of a week and gave their scores.

SISD pioneered the new virtual format to ensure students still had the opportunity to participate in the district science fairs in a safe way during the ongoing pandemic.

There were more than 300 project submissions at the elementary level with more than 65 judges from different high school programs at SISD and 28 campus coordinators who helped make the virtual science fair run smoothly.

Lujan-Chavez Elementary School fourth grader Alyssa Dickerson won sweepstakes for her project, which was in the earth and environmental category.

SISD instructional officer for secondary science Frank McDonald said this year the district’s middle school science fair was the first district secondary fair to be run in the region.

“We went in there headfirst,” McDonald said. “We were the trailblazers of this entire process.”

The judges for the middle school and high school fairs are representatives of entities outside of the district, including UTEP students and Texas Tech medical students.

More than 200 projects were submitted at the SISD middle school science fair and more than 100 at the high school level, with more than 100 judges for both fairs.

“I feel very good about it (going to regionals again) because I know I can do it,” Garcia said. “My dad always tells me that effort is directly proportionate to success and that has stuck with me ever since.”

“We’re definitely ready to take on regionals,” McDonald said. “This is a different year for all of us, so it’ll be interesting to see how many of our students come out on top.”

LINK TO LIST OF ALL WINNERS FOR EACH GRADE & CATEGORIES