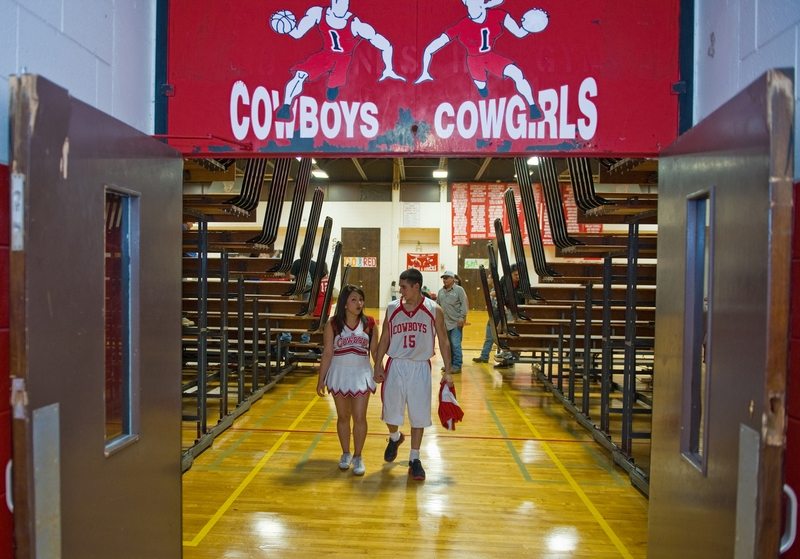 After five years of landing on the state’s list of low-performing schools, a tiny South Texas district that drew national headlines for cutting its sports program to ward off closure is now meeting state academic standards.

In addition to overwhelming community buy-in, Eric Ramos, the interim superintendent for the Premont Independent School District, says a unique partnership with Texas A&M University-Kingsville was key to a successful turnaround, resulting in hefty grant dollars and rigorous teacher training and support.

Annual accountability ratings released this week rate the 480-student district as “met standards” for the first time since 2011.

That year, the Texas Education Agency sent a letter to then-Superintendent Ernest Singleton saying that the district 70 miles southwest of Corpus Christi would lose its accreditation and be absorbed into a neighboring district. The reason? Years of financial disarray and lagging academic performance.

Not expecting a state-enforced closure to come so quickly, Singleton went to Austin and asked for more time to turn the district around.

What followed, by all accounts, was a local uprising.

In November 2011, Premont residents voted overwhelmingly for a 13-cent property tax hike to support the schools. A month later, the education agency agreed to delay its decision to close the district by a year, setting out stringent demands for financial and academic improvement. The following year, the district received $315,000 in donations from area schools, foundations, businesses and anonymous donors, according to a timeline of events provided to The Texas Tribune. Students even helped raised money.

While the district’s finances improved, student performance on state exams still lagged, affecting the school’s accountability rating. And the district struggled to boost attendance, which is tied to state funding.

In May 2013, then-Education Commissioner Michael Williams and Texas A&M University System Chancellor John Sharp announced that Texas A&M University-Kingsville would partner with Premont to “provide support, training, mentorship and opportunities to the students, teachers and administrators.”

The district’s progress since then is “all rooted there,” said Ramos, a former A&M-Kingsville lecturer who was hired to be Premont’s federal programs director in 2010 when the district “was at rock bottom.” He is hoping to land the permanent superintendent job soon.

“The support that the university has offered has allowed us to focus on improving the self-efficacy and the capacity of the teachers,” he said, describing the partnership as “amazing.”

Under the alliance, teachers have attended two-day training sessions every six weeks, with one day focused on curriculum and the other focused on instructional strategies.

Steven Tallant, president of A&M-Kingsville, accepted some of the credit, describing the university as a “significant partner,” but said Premont never would have been able to get there “without taking care of it themselves.”

“These kids all deserve a quality education, and it’s nice to know things are getting better,” he said.

The district is gradually reintroducing its sports program, which it cut both to save money and to encourage students to focus solely on academics. (It kept its band and other University Interscholastic League programs.) Attendance has gradually improved, along with standardized test scores.

Despite significant progress, the district actually expected to miss the mark again this year on its state accountability rating, Ramos said. Internal calculations showed it would fall short by a razor-thin two-tenths of a point. Ramos had pre-emptively set up a meeting with education agency staff in Austin.

But the district’s math turned out to be slightly off. Officials hadn’t included some exams that counted toward the rating, and had others re-scored, with several changing from failing to passing. In the end, they will probably clear the mark by a full point, Ramos estimated.

Some opponents of the state’s accountability system see the rating methodology as both too punitive and hyper-focused on exam scores. And critics of the state’s public school funding systems see schools like Premont’s as victims of vast inequities. While district officials acknowledge financial and academic mismanagement on the part of their predecessors, the school, where more than 80 percent of students are economically disadvantaged, was one of the most poorly funded districts in the state to begin with.

Ramos said $8 million in state grants the university helped secure have been crucial to the turnaround process, providing — among other things — five master teachers who have closely advised the district’s less-experienced educators.

“We’re a small, rural school district that’s in the middle of nowhere, almost, so it’s difficult to attract teachers who are going to stay here,” Ramos said. “We were getting the first-year teacher who was going to get his year or two in and move on.”

Premont’s good news comes as state officials study how to deal with chronically struggling schools, and the partnership with A&M may provide some insight.

Education Commissioner Mike Morath told the Senate Education Committee this week that the education agency is studying methods employed by districts whose turnarounds have stuck. More than half of struggling schools either stay on the state’s low-performing list or quickly relapse, he noted.