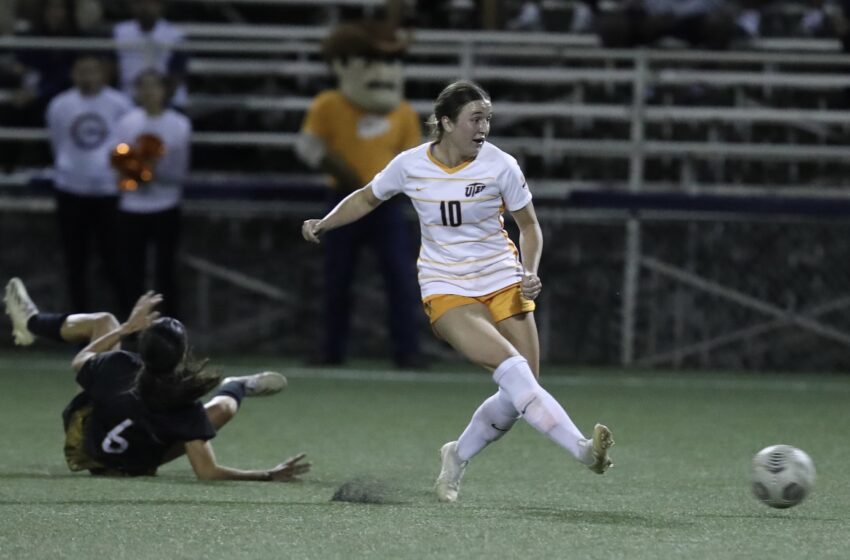 Alice Campos (31’ and 52’) provided both tallies in the contest to lift the visitors to victory.

Ten different Miners were honored in a post-match ceremony.

Mariah Scott was credited with five stops for the Orange and Blue, while the defense stepped up big with a pair of team saves off the line. Golden Eagle netminder Kendall Mindnich recorded four saves to post the clean sheet.

Scott was busy but on top of things early in the contest, coming up with three saves over the first 16 minutes of action. She turned away a try by Sam Stiglmair just three minutes into the game. She then turned away Blessing Kingsley in the 10th minute before stopping Stiglmair again in the 16th minute.

UTEP also got after things offensively early in, with the best chance coming on an absolute cracker of a shot from Vic Bohdan that was blocked by the USM defense in the 11th minute. The shot had such force that it resulted in a stoppage of play for an injured defender. Kam Fisher was denied on a tough shot six minutes later.

There was a wild sequence in the 22nd minute when Scott made a diving save on a shot from Kingsley. The rebound went to Stiglmair, who looked to have a goal but the Miners’ defense flew over and denied it off the line for a team save. UTEP then fought off the ensuing corner kick by blocking a shot.

Scott came up with another save, moving to her right to make it, before Southern Miss finally broke through in the 31st minute. There was a thru ball played ahead to Campos, who was all alone. Scott did all she did but the shot still snuck past her.

UTEP had a good response with a shot by Taya Lopez in the 34th minute, but it was blocked away. The Miners then went in search of the equalizer early in the second stanza, earning a corner kick less than a minute in. The shot, though, from Emerson Kidd was off the mark.

The visitors extended the lead to 2-0 after a nifty sequence set up Campos, who got the shot past Scott. UTEP then really upped its intensity, collecting two shots on goal over the next five minutes, but both were denied by Mindnich.

The Orange and Blue continued to vie to get on the board the rest of the way, but they were unable to best Mindnich.