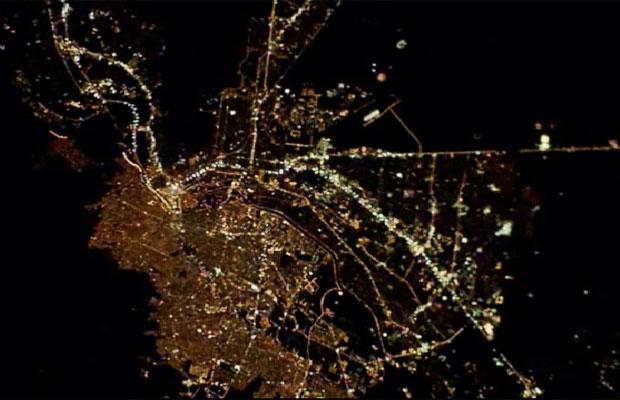 El Paso is…El Paso.  Unique.  One-of-a-kind.  Self-deprecating and self-loathing.  Conspiratorial and revolutionary all at once. Lost, but ready to be discovered once again. Historic and proud, yet striving to emulate other communities.

For many years, El Paso was the ‘Capitol of the Southwest.’ Served by five railroads and a couple transcontinental airlines, we had a population larger than both San Antonio and Phoenix.

Builders raced for the sky in downtown, each multi-story building seeking to outdo the previous one. City leaders worked with developers to map out homes and streets, while our mass transit system not only connected far-flung towns and tight-knit neighborhoods – it spanned the border and made us one big, productive family.

But, somewhere along the line, we lost our way.  After World War Two, it somehow it got in our heads that we needed to follow the plans of ‘better places.’ If New Jersey had tract housing stretching for miles, we needed it too. If Phoenix was growing from one side of the valley to the other, Let’s do that!

IF LA was getting rid of trolleys and replacing them with buses? Sure we’ll buy’em and tear up the tracks, we’ll never need them again anyway.  Parking lots and strip malls better than classic buildings or farms? Ok, fire up the pavers, cement over those creosote bushes and level those sand hills until you reach the horizon.

Is that a mountain? Pull as much rock out of it to make fences for those houses and – while you’re at it – go ahead and put houses up there too.

Then TV came along (then the internet) and we hooked up it and never looked at our front yard again. Someone else will take care of El Paso, I’ll take care of my stuff first.  Somebody will make the right choices…and someone did.

Then we look up and ask:  where is my El Paso? Where are the drive-ins? Where are the farms and groves of my youth? How did that person get elected? Who did this?

We did, by not paying attention and by paying attention to the wrong things. It’s hard to get through a City Council, County Commissioner or School Board meeting. It’s much easier to watch any number of talk or court shows or rollover wrecks on TV.

It’s easier to ask people who have just lost someone ‘how they feel’ rather than ask how did your neighborhood get so violent? It’s easier to imagine a vast conspiracy of companies, people and money than to get out of our living room and work toward change. Conspiracies are easy excuses, just like not paying attention.

But now El Pasoans are paying attention, and in growing numbers. If a business doesn’t have the El Paso shirts you like – fine, I’ll make them myself. Sounds kinda like a certain boot maker that called this town his home.

Instead of whining about why we can’t have large music festivals or great art shows or even a state-of the-art baseball park, people went out and got it done. Sun City Music Festival and Neon Desert are now the envy of others, as are our Chihuahuas and Southwest University Park.

If you don’t think El Pasoans can do great things, one only need to cast their gaze toward the downtown skyline once again, and see workers scurrying up and around the buildings.

Or to those homeowners, carefully restoring homes in Central. Or to the kids and their parents in Segundo, working to make their schools great and their neighborhoods safe. Or to those businesses in Northeast, finally returning goods and services to families who no longer have to drive miles to get the basics.

I could go on and on for each part of our beautiful community, but you get the idea.

It’s all bad news for the conspiratorialists and whiners, because we are beginning to believe in ourselves once again.  Those who look to the past and see nothing but excuses and the ‘cucuy’ (that’s Spanish for the big, bad monster under your bed) are out of luck.

Those who say El Paso and the border are dangerous and not worthy of attention are in for a rude awakening, because for the next few decades, the Country is going to look a lot more like El Paso.

So, El Paso is unique. And there’s no need to copy or crib or even wish to be like anywhere else, because we are making our town what it needs to be.

And it falls to all of us to protect it, nurture it, and leave it a better place than when we found it.