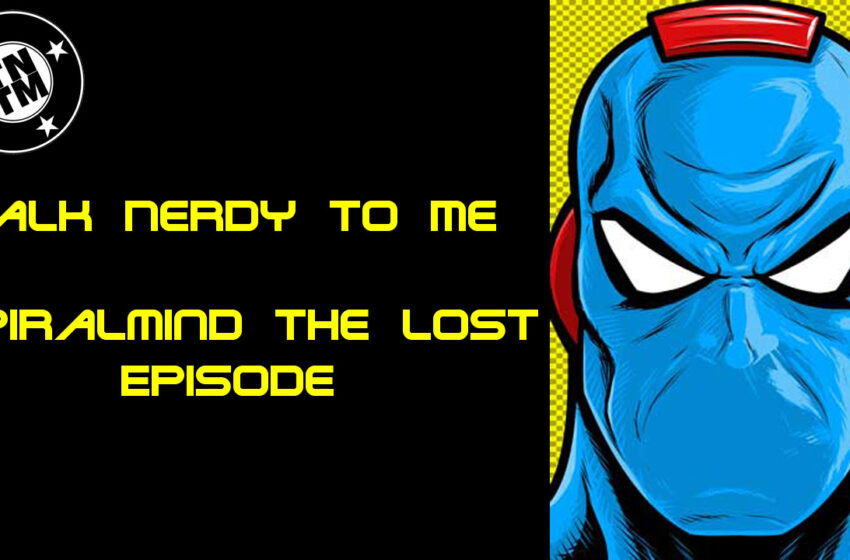 Jack and Troy talk with co-creator of Spiralmind, Matt Rothblatt. We learn of the origin of Spiralmind and what the comic book is about.

Phi3 COMICS (pronounced “FEE three”) was established in January of 2004 with the birth of SPIRALMIND, created by Ben Perez and Matt Rothblatt

In the city of Nineveh the physical property of light is discontinuous and chaotic. Light bounces around without purpose as suggested by Quantum theory. A shadowy fog of evil covers the city in a behavior that resembles the slick oil that coats the cobbled streets.

Once a thriving metropolis, Nineveh now is but a coven for the Occult and her children.  Now the once content children of Nineveh hide wherever there is light.

Sworn to improve the hopeless condition of Nineveh, Governor Dante Evans promises simplicity in his formulation. The Governor’s uncanny concision calls for the citizens of Nineveh to reproach the existence of the Occult and embrace him as their consummate protector and leader.

But within the domain of the elite of Nineveh is a secret society comprised of sinister elements who are alive and who quiver in anticipation of merging their existence with the energies behind the Occult, The Nephilim!

Originating in the ancient myth found in the writings of Enoch and Genesis, the Nephilim now loom over the future of mankind. The Nephilim and their genetic manipulated descendants have resolved themselves to a single condition. Their motives are clear — Enslave Humanity!

Evolving under the guiding hands of Rabbi Sol Rotblatt and Father Tom O’Brien, Ben Landry is the shield between evil and mankind under the guise of SPIRALMIND! Trying to grasp the concept of his own primordial vibration of life, Ben Landry utilizes his acute mind and manipulates Phi (also known as the Golden Ratio) to duel the Occult and her dominion.

The SPIRALMIND serves to demonstrate with eerie precision the extent to which chaotic circumstances can be corralled in perfect order and symmetry. While SPIRALMIND can enchant the frenzied passions of Nineveh, Ben Landry swims in the limits of losing his sanity and forever entombing his own sense of humanity.

SPIRALMIND is a story of a man at odds with himself and with the inherent evil that threatens the world around him.