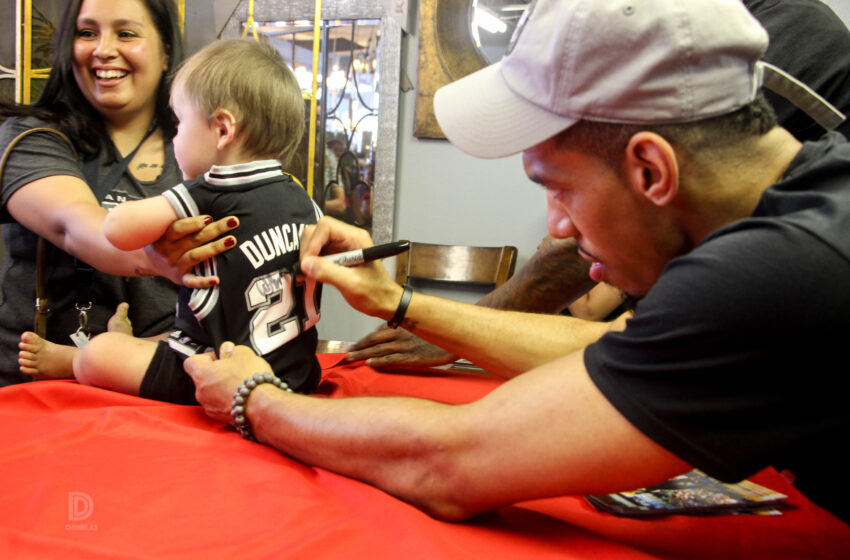 Approximately 1,000 fans lined up for a meet and greet with San Antonio Spurs forward Danny Green, who returns to El Paso to host his basketball skills clinic for a second consecutive year.

Green signed autographs for fans of all ages from toddlers to military veterans at the National Furniture Liquidators Thursday night.

Green held the same skills clinic last year at the Don Haskins Recreational Center and said the return to El Paso was due to, “how much fun” they had last summer and it’s just another opportunity for fans who don’t always get an opportunity to see the Spurs play to interact with players like him.

“It was a no brainer, you see all the fans and how much love they show us, who would say no to this?,” Green said as fans cheered him on.

The camp will be held July 8 and 9 at Parkland High School from 9 a.m. to 1 p.m. and is open for boys and girls ages 8-17. There is a camp cost of $199 which includes an exclusive camp shirt and autographed photo with Green.

“We’re going to have a lot of fun, it’s all ages basically, grades two through ten, boys and girls, at Parkland High School,” Green said. “You can sign up when you get there or you can register at goldlevelse.com. We’ll have us play against the campers a bit, we’ll teach them a lot about the game, a lot of fundamentals and about life.”