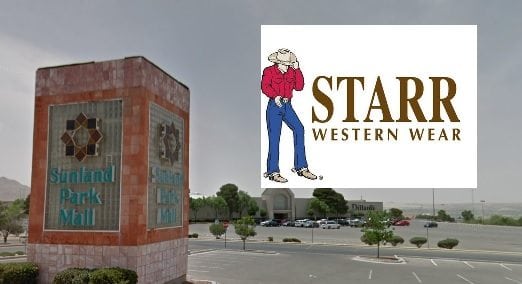 Starr Western Wear, an El Paso icon for more than 50 years, is expanding westward with their third El Paso store, set to open this Summer in the space formerly occupied by Macy’s.

Sunland Park Mall, located at 750 Sunland Park Drive, opened in 1989 and was the region’s fifth, fully-enclosed mall.  With Macy’s closing, the opportunity for the El Paso-owned and operated store to become a mall anchor presented itself.

“In an era when many brick-and-mortar stores are struggling, we have been fortunate that our customer service, biggest selection and, best pricing has been embraced by our community. El Paso has been our home since 1964 and we are proud to be investing in our community, providing jobs for El Pasoans and, being a good corporate citizen.” said Starr CEO Enoch Kimmelman, whose parents founded Starr Western Wear.

Officials with Starr add that their “east side store is currently the largest western wear store in the region, and the west side store will be even bigger.”

Starr’s new store will include the same brands as the Downtown and Eastside stores, as well as Starr’s services like professional hat shaping and on-site clothing alterations.

With the new location and with such a large facility, officials add that “an expanded product selection in all departments” is to be expected

Founded in July of 1964 in a small storefront space on East Overland in Downtown El Paso, Starr’s owners – Sam and Pola Kimmelman, – set the goal of providing quality, affordable clothing to hard-working ranchers and farmers on both sides of the Rio Grande, and thereby fulfilling their dream of creating a family-owned business.

This is the second time that a Sun City store will become an anchor at the mall, as local favorite ‘The Popular’ once occupied the Sears location at the same mall. 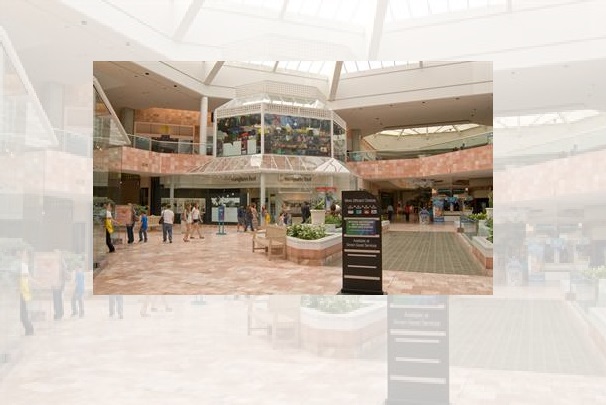