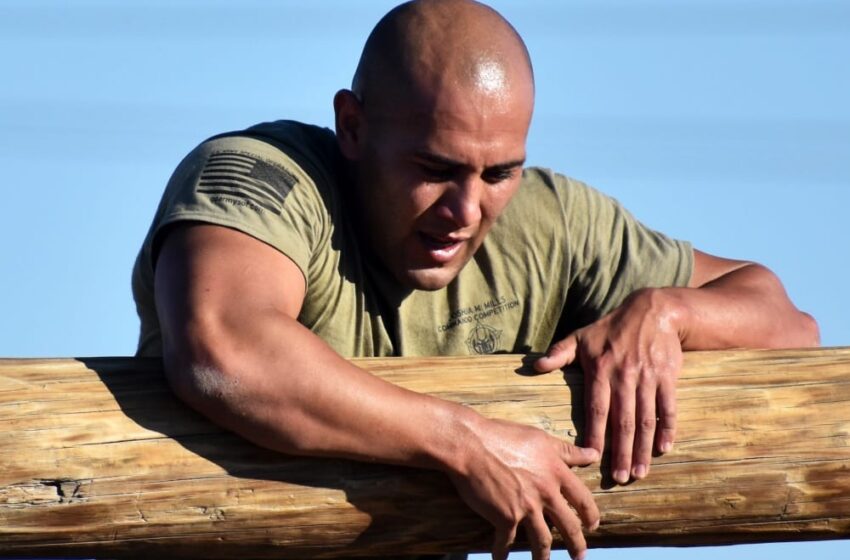 Each year, retired Chief Warrant Officer 3 Tommy Mills of El Paso asks himself how the organizers of the competition in his son’s name could possibly do better, but each year, they find a way.

This year was no exception for the Staff Sgt. Joshua M. Mills Commando Competition, with the largest number of teams ever participating in the fifth annual competition that honors our nation’s fallen.

The competition is named after an El Paso native and Green Beret who was assigned to 3rd Battalion, 7th Special Forces Group, when he died Sept. 16, 2009, after his vehicle struck an improvised explosive device in Afghanistan.

“To say that we are honored and we appreciate what you do for our fallen, with our son’s name on it, I can’t thank you any more,” said Tommy Mills, as he spoke at the competition’s closing ceremony at 1st Lt. Paul A. Noel Parade Field at Fort Bliss Saturday.

Other family members in attendance included Joshua’s mother Celeste and his son Malaki, 9, who attended for the first time this year and not only got to hand out coins to the winners, but also visited with participants throughout the competition and received a tour at the 1st Armored Division Combat Aviation Brigade.

The competition, which took place Friday (September 28) and Saturday (September 29) at Fort Bliss, included a set of difficult exercises that had to be completed in 80 minutes; a five-mile run that had to be completed in fewer than 40 minutes; a stress shoot with five events at McGregor Range, N.M.; all the obstacles at the Air Assault Obstacle Course (timed); and a six-mile ruck march with a minimum 40-pound ruck that included carrying water cans, ammo crates and litters, Dean said.

It ended with four Soldiers assigned to the Black Daggers Parachute Demonstration Team parachuting onto the parade field before the closing ceremony.

In addition, Marine Corps Staff Sgt. Ricardo Luna, assigned to JTF-N, won the upper body round robin individual competition for the second year in a row. Derek Nepo, assigned to the 19th SF Group, was the top shot in the stress shoot.

Maj. Adam Antonini, a member of the JTF-N team, said the turnout from all the Fort Bliss units was impressive.

“Competing in the JMCC was a great opportunity to spend two days honoring an NCO who gave his life in defense of the American people,” Antonini said. “Seeing the Mills family in attendance at every event really motivated us to do our best.”

“I just love competitions and showing what you’re made of,” Spencer said. “It gives you that gut check and it’s a good way to represent our battalion.”