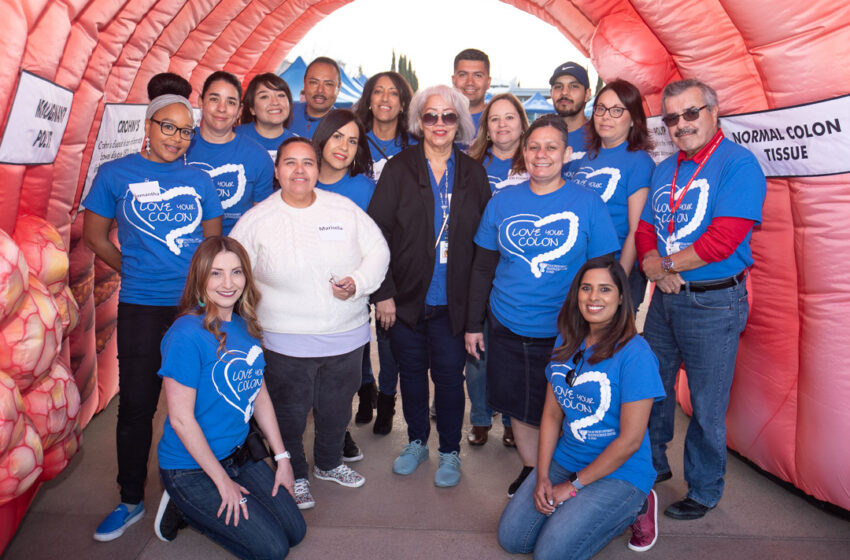 Colorectal cancer runs in Jose Gaytan’s family, so naturally, preventing the disease was a priority for the 51-year-old. However, due to his financial constraints, regular screening wasn’t a viable option.

That was until last year, when his mother saw a Texas Tech University Health Sciences Center El Paso flyer for the Southwest Coalition for Colorectal Cancer Screening (SuCCCeS) program at church. Gaytan signed up at once.

“I’d never been screened because I didn’t have the money or insurance,” Gaytan said. “When I heard about the program, I was immediately interested due to my family’s history. Both my aunt and my uncle passed away from colon cancer, so it was frequently on my mind.”

BEST and SuCCCeS are funded by the Cancer Prevention and Research Institute of Texas (CPRIT), a state agency created to prevent cancers and foster cancer research to help find cures. The agency provides funding for public and private institutions of higher education and recently renewed TTUHSC El Paso’s two programs for a total of $5 million.

Officials say that, since 2011, more than 32,500 uninsured or underinsured patients from El Paso and West Texas have enrolled in the programs. The result has been the discovery of 39 cases of breast cancer and 30 colorectal cancers, including the condition in Gaytan in January 2020. Not only was he diagnosed early, but TTUHSC El Paso also helped set up his appointments and provided support throughout the process.

“When they told me I had cancer, I felt like my world fell apart, and I was depressed,” Gaytan said. “Luckily, the SuCCCeS program helped me by attending all my appointments until my surgery was done. After surgery, they checked on me to make sure I was OK.”

Gaytan’s last treatment was in late 2020, and he’s currently in remission. He said he never expected to receive this kind of help in El Paso until he came across the SuCCCeS program. Several of his family members followed suit and were screened as well.

Screenings provided by both programs are vital in the Hispanic-majority Borderland. Breast cancer is the most common cancer among Hispanic women in the U.S., and colorectal cancer mortality rates among Hispanics are higher in El Paso County than the rest of Texas.

“We’ve made an enormous difference in our community and others in West Texas. Over the last several years we’ve reached over 30,000 people just from educational outreach and have provided 9,000 individual screenings,” said Jennifer Molokwu, M.D., M.P.H., director of the Cancer Prevention and Control Division in TTUHSC El Paso’s Center of Emphasis in Cancer.

“Uninsured or underinsured people tend to avoid getting screened because they’re concerned about the cost. We want them to know that we’re here to help them.”

Dr. Molokwu, who is also an associate professor in the Department of Family and Community Medicine and a family medicine specialist at Texas Tech Physicians of El Paso, has been involved with both programs for more than 10 years. Earlier this year, she took over as director for the Cancer Prevention and Control Division, which oversees both programs as well as other cancer screening programs.

“They see our success in El Paso and West Texas, which is a main reason why CPRIT continues funding our programs,” Dr. Molokwu said. “El Paso is underserved when it comes to health care services and physicians. It’s worse when it comes to cancers: rectal, breast and cervical. The money and grants we get from CPRIT have allowed us to provide services for El Paso and West Texas and to develop new ways to work efficiently.”

BEST has helped residents from El Paso County to Pecos County, while SuCCCeS reaches into the panhandle to Floyd County. In total, both programs cover 37 West Texas counties, many of which lack specialists and are not covered by similar programs in Central and South Texas. Dr. Molokwu said TTUHSC El Paso is trying to expand the two cancer prevention programs further east to help more communities.

SuCCCeS is for men and women 45 to 75 years old and BEST is for women 50 and older. To be eligible, they should not have a history of colorectal cancer. Gabriel Nieves, an outreach worker for the Department of Family Medicine, said he and others are constantly recruiting participants.

Nieves and fellow outreach workers reach uninsured patients at food pantries, clinics, health fairs and other community events or locations. Recruiting comes with its own obstacles, such as potential patients being afraid of a language barrier, not believing it’s free, worrying if the screening will hurt and fearing a positive test.

“We tell them if the test comes up positive, it doesn’t mean it’s cancer. It could be another issue, but it’s good to do the prevention screening to be sure,” Nieves said. “Once they’re screened, they realize it’s not that big of a process, and the fear is gone. If their test results come out negative, it’s wonderful, and they’re glad to do it again every year.”

Once participants are signed up, outreach workers follow up with them every year and get a new screening kit to them. Like Gaytan, once an individual is signed up, they too become an advocate.

“I tell them, if they know someone who needs to get screened to give them my number and information. It’s important they know this is a free program,” Nieves said. “If they have insurance, we still urge them to talk to their provider about the service because it’s preventive. If they don’t qualify, we’ll still try to help them out.”