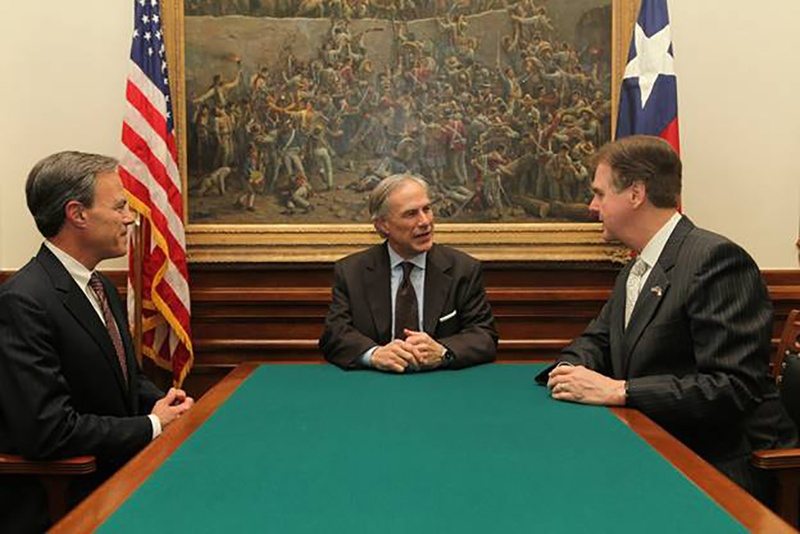 Texas’ top elected officials are asking state agencies to scale back their budget requests by 4 percent, seeking to further rein in state spending for the 2018-2019 cycle.

“Limited government, pro-growth economic policies and sound financial planning are the key budget principles responsible for Texas’ economic success,” the three wrote. “It is imperative that every state agency engage in a thorough review of each program and budget strategy and determine the value of each dollar spent.”

The letter hints at some priorities for lawmakers heading into next session, making several exceptions to the 4 percent cut. They include funds for public schools, border security, Child Protective Services and mental health resources. The exemptions also include public-employee pensions, Medicaid and dollars needed to meet debt service requirements for bond authorizations. Agencies are also being asked to submit information about zero-based budgeting, a practice in which all expenses must be justified in a new cycle. Patrick and state Sen. Jane Nelson, a Flower Mound Republican who chairs the Finance Committee, have been proponents of zero-based budgeting.

Overall, the letter makes a plea for holding back the growth of state government as Texas continues to deal with a downturn in the oil and gas industry.

“Due to the slowdown in parts of our economy, some difficult decisions will be required to balance the next state budget, and the process of making those decisions begins now,” Straus said in a separate statement.

The directive to agencies is the first step in the process of coming up with a spending plan for the next two years. Later this summer, agencies will send their requests to the Legislative Budget Board, which will review the proposals ahead of the 2017 session.