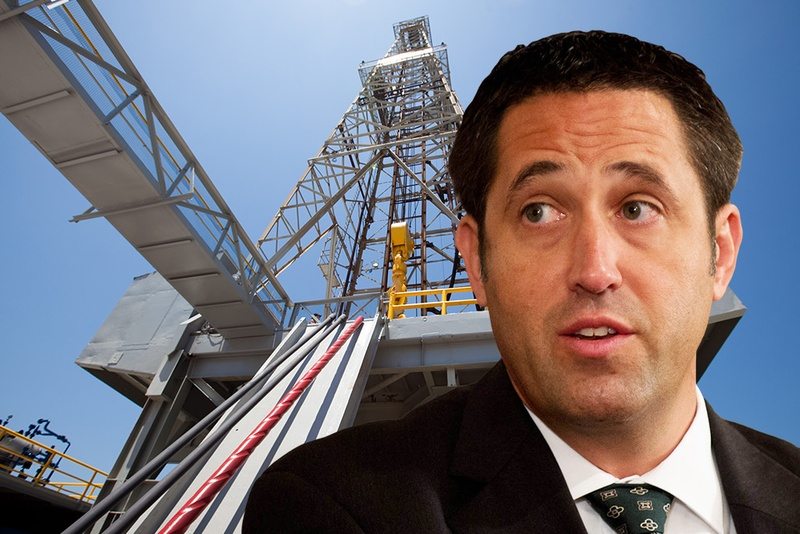 Today, the Texas Supreme Court will hear arguments in a case that could deliver a multibillion-dollar windfall to struggling oil and gas producers by taking a major bite out of state tax revenue.

The issue before the justices may sound arcane: Are metal pipes, tubing and other equipment used in oil and gas extraction exempt from sales taxes? But a yes to that question, brought by a Midland-based driller, could trigger a flood of refunds that would wipe out the state’s projected $4 billion budget surplus, Texas Comptroller Glenn Hegar warns.

“This one’s as big as they come,” the Republican said in an interview. “The neon light lights up, because of the sticker shock.”

Southwest Royalties, a subsidiary of Clayton Williams Energy, filed its lawsuit in 2009, just before improved technology unleashed a surge of oil production that transformed the U.S. energy landscape. Susan Combs, Hegar’s predecessor, was named in the original lawsuit, which has wound through the court system for years.

The driller is challenging the agency’s refusal to refund the company for certain purchases between 1997 and 2001, when operators were feeling the pain of cheap oil.

Lower courts have sided with the state, prompting the company to appeal. Now, the justices are set to weigh in during a new era of oil patch trouble — with prices plunging to depths unseen in more than a decade.

Southwest Royalties seeks to recoup less than $500,000 in the case, but the stakes are far higher.

Granting the exemption would affect more than the company’s tax bill, Hegar argues in court filings. It would “impose a severe financial penalty on Texas taxpayers” amounting to $4.4 billion in 2017, and $500 million each year after that as companies around the state seek to cash in, according to estimates compiled in 2012.

On Tuesday, the justices will parse the language of a sales tax exemption for goods and services used in the “actual manufacturing, processing, or fabrication of tangible personal property,” and consider how that description relates to the mechanics of petroleum extraction.

The case hinges on whether certain extraction equipment — like casing, pipes, tubing and pumps — fits the definition cited in the exemption.

Southwest Royalties says it does. Its equipment “processes” West Texas crude by separating it into marketable oil and gas, the company argues. The Texas Oil and Gas Association, the state’s largest petroleum group, backs that position. The Texas Public Policy Foundation, a powerful conservative think tank, also supports the company.

Dallas-based Ryan, LLC, a high-powered tax firm, is representing Southwest Royalties in the case. Its attorneys declined to comment. But in a statement released in January, G. Brint Ryan, the firm’s CEO, said: “It has long been the firm’s contention that below-ground equipment used in the processing of oil and gas qualifies for the Texas manufacturing exemption.”

The state counters that the equipment does not qualify for the exemption because underground minerals are not “tangible personal property.” Meanwhile, natural pressure and temperature changes — not the equipment itself — transform crude as it rises to the surface, it argues.

“It is hardly likely that the Legislature intended such an expansive and costly interpretation of the manufacturing exemption,” the state’s attorneys wrote in legal filings.

Southwest Royalties disagrees, and it says the financial impact has no bearing on who has correctly interpreted the policy.

Ideally, judges decide such cases only on their merits, experts say, but the budget impact can factor into their decision-making.

Warnings from the comptroller’s office already seem to have helped its cause in this case.

At a hearing in 2012, Travis County District Judge John Dietz said he would rule in favor of Southwest Royalties, only to later reverse his position in a written decision.

An appeals court in Travis County upheld Dietz’s written decision, backing the comptroller’s interpretation due to “a lack of clarity” in the way lawmakers wrote the exemption.

Hegar cited those earlier rulings in expressing confidence that Texas would ultimately prevail.

“The state’s legal arguments are 100 percent valid,” he said in an interview. “The law is not on the side of those asking for the tax refund.”

But Dietz’s initial inclination may have telegraphed that Southwest’s arguments are “pretty strong,” Dale Craymer, president of the business-backed Texas Taxpayers and Research Association and a former chief revenue estimator for the state, told the Tribune earlier this year.

With an estimated $4 billion budget surplus and a separate Rainy Day Fund projected to top $10 billion in 2017, Texas is well positioned to weather any financial havoc wrought by a Supreme Court loss.

Nevertheless, that outcome would undoubtedly shrink the state’s budget cushion and play a major factor in debates during the 2017 legislative session.

In seeing the case through, Hegar is taking on a major donor.

Ryan LLC, through its employees and political action committee, pumped nearly $960,000 into Hegar’s campaign fund between 2014 and early 2016, according to Texas Ethics Commission data. That’s a fraction of the millions of dollars the firm has poured into other Texas campaigns over the years.

Hegar said he wasn’t worried about any political fallout from this case.

The Texas Public Policy Foundation is a corporate sponsor of The Texas Tribune. A complete list of Tribune donors and sponsors can be viewed here.

Ryan Murphy contributed to this report.