President Trump’s misguided plan to impose tariffs on goods from Mexico is a consumer tax on Americans that will lead to job losses in the Borderplex region and throughout America.

Uncertainty is the enemy of job creation, private investment and economic growth. The President’s comments create great uncertainty and businesses are looking to Washington for solutions, not counterproductive threats. President Trump’s actions also undercut his own efforts to ratify the USMCA at a critical time in its attempted passage.

Mexico is an economic and strategic ally of the United States. It is not a foe. Mexico is now America’s largest trading partner and between 5 to 6 million U.S. jobs rely directly on trade with our southern neighbor.

The Borderplex region is the fourth largest manufacturing hub in North America and the President’s actions will have a devastating impact on our local economy.  This action will also have dire consequences for jobs in the sophisticated supply chain between the U.S. and Mexico.  Jobs in states like Michigan, Ohio, Wisconsin, and Pennsylvania will especially be at risk.

Every minute, there is $1 million in trade conducted between our two countries. If Mexico retaliates with its own tariffs on U.S. goods, the resulting trade war would not only have a chilling effect on our bilateral relationship, it will open the door for investment from other countries like China into Mexico.

Rather than threatening a close ally, President Trump should be working, in a bilateral fashion, to solve the migrant crisis while at the same time creating jobs, opportunity, and a more secure border.

Therefore, the Borderplex Alliance will continue to work with our elected officials to promote border security and cross-national commerce. We call on all sides to work toward a long-term solution that will stem unlawful crossings and bolster the economy on both sides of the border.

The El Paso Herald-Post welcomes all local guest columns, open letters, letters to the Editor and analysis pieces for publication, to submit a piece or for questions regarding guidelines, please email us at news@epheraldpost.com 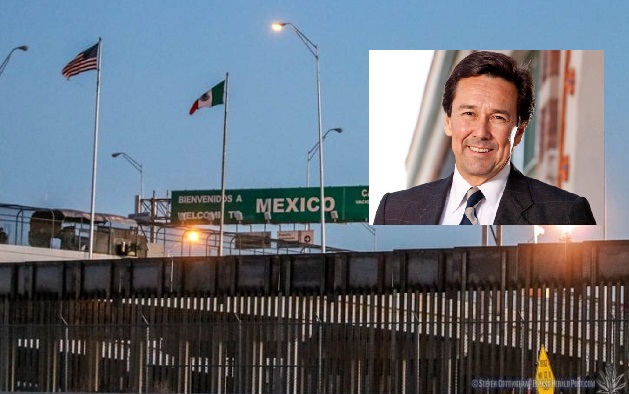