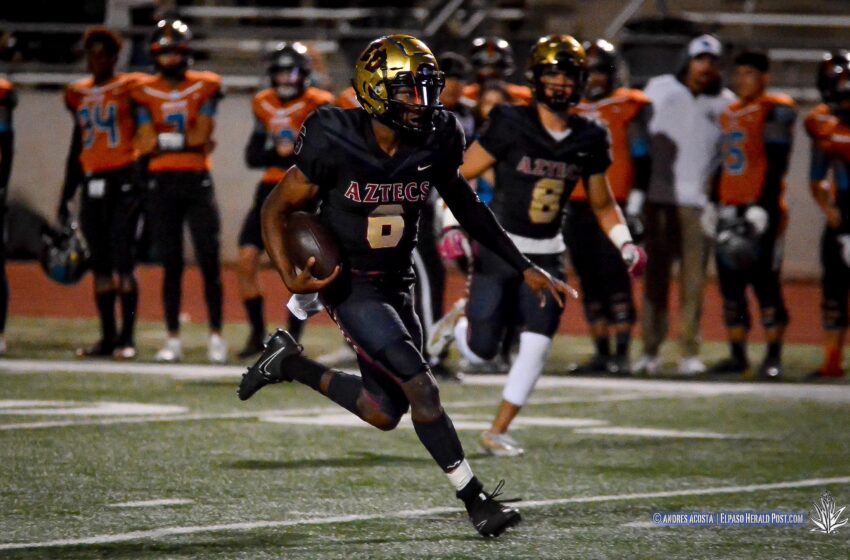 In a battle between two of SISD’s – and the Borderland’s – top football teams, Pebble Hills and El Dorado, 4 quarters of football action was just enough to settle the newfound rivalry.

The game, which was a barn-burner for the second half featured a remarkable comeback by the Spartans that was cut short by the play of the Aztecs.

Our very own Andres Acosta was there, and brings you his view of the game in this ‘Story in Many Pics.’