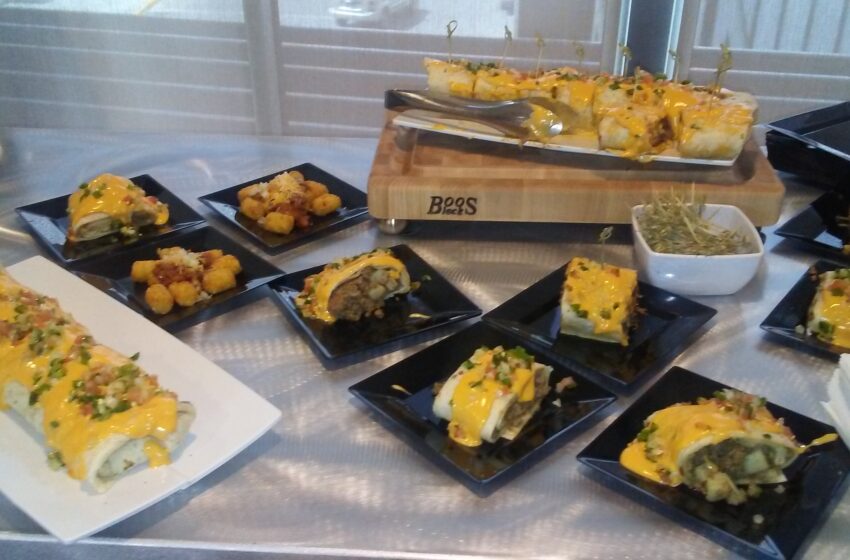 With a little over a week before the 2017 Season Starts, the El Paso Chihuahuas rolled out a preview of their new menu items.

Joining the ballpark staples of hot dogs, peanuts, and Cracker Jacks are four new sandwiches, two new sausage servings and a burrito nearly the size of a regulation baseball bat.

The two most talked about (and the most returned-for seconds) were the pulled pork sliders and the loaded tater tots.

The slider – BBQ pork topped with house-made coleslaw and served on a bun – and the Loaded Tater Tots – nacho cheese, chili beans and diced onions, were delicious.

The Championship Burrito, with your choice of chicken, brisket or picadillo and beans, weighs in at three pounds and is topped with cheese sauce and pico de gallo; big enough to serve an entire row, this burrito is a tasty challenge.

In addition to the food, two new frozen Margaritas join the line up as well: Mango and Strawberry.

To check out all this great food – oh yeah, and a great baseball team – head on out to Southwest University Field on April 6th for the Chihuahuas opening day.