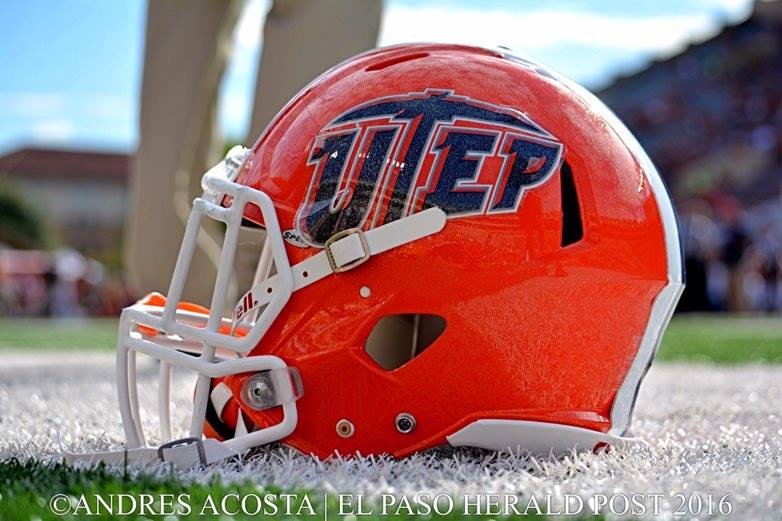 Shane Buechele completed 22-of-27 passes for 244 yards and four touchdowns, leading no. 11 Texas to a 41-7 victory over UTEP on Saturday night at Texas Memorial Stadium.

Texas had a balanced offensive attack with 245 yards passing and 171 rushing, and UTEP was limited to 208 yards and 10 first downs.

“I had no problem with the way the kids competed,” UTEP coach Sean Kugler said.  “I think their horses kind of caught up with us in the second half.  I thought the kids fought.  We weren’t real effective in the passing game today.  I thought it took about a quarter for our whole team to get settled into that game in all three phases, and then about the second quarter they settled in and played extremely hard.”

The Miners totaled one first down and 21 yards in the first quarter.  Meanwhile, Texas took a 10-0 lead on a 29-yard pass from Buechele to Jerrod Heard and a 22-yard field goal by Trent Domingue.

UTEP came alive in the second quarter behind national rushing leader Aaron Jones.  He rambled for 104 yards on 10 carries in the period, including a 51-yard sprint to the end zone that cut the Longhorns’ lead to 10-7 with 8:28 to play in the half.  The Miner defense set up the drive by forcing a three and out with back-to-back sacks of Buechele by Jayson VanHook and Nick Usher.

Texas tacked on a 43-yard field goal by Domingue and an eight-yard TD pass from Buechele to Jacorey Warrick to head to the locker room up 20-7.

Jones rushed for 114 yards in the first half to go over the century mark for the 12th time in his career.  He has had a 100-yard rushing quarter in his last three games dating back to the 2015 season.

The Miners were limited to two first downs and 15 yards in the third quarter as Texas added two touchdowns to push its lead to 34-7.  The Longhorns pounded out a 12-play, 52-yard drive, capped by a one-yard punch into the end zone by Chris Warren III, then struck in a more timely fashion as Buechele found Dorian Leonard for a 46-yard scoring pass.

“The game was into balance at halftime and then we gave them short field opportunities.  It was too many,” Kugler said.  “In fact, I thought the defense played pretty well.  The final score doesn’t indicate that, but they were dealt short fields many times in tough situations and I thought they battled extremely well, especially with Alvin Jones coming out in the second quarter with an injury and he didn’t play the remainder of the game.  We had to move some guys around but they responded well.”

A seven-yard pass from Buechele to Heard with 9:30 remaining completed the scoring.

Kavika Johnson, making his first start at quarterback for UTEP in place of the injured Zack Greenlee, completed 9-of-15 passes for 42 yards and rushed 13 times for -2 yards.  He was relieved by Ryan Metz in the fourth quarter.

Jones finished with 123 yards on 18 carries.  True freshman Walter Dawn was the leading receiver with 19 yards on three catches and another newcomer, junior college transfer linebacker Dante Lovilette, was credited with a game-high 10 tackles.

“I thought Jayson VanHook did a really nice job.  He was getting great pressure on the quarterback, he plays well in space, he’s an athlete, I think he’s a guy that can really move into the starting position there in the nickel spot and maybe even at outside linebacker.  He’s got a lot of promise,” Kugler said.

“I saw some exciting things from Walter Dawn.  He had some good returns, he had some returns that he probably shouldn’t have bounced or taken out.  He still needs to make some better decisions there.  He made some good things happen with the ball in his hands and these are young guys in a game like this, with the game out of balance, when it was 34-7 going into the fourth quarter, we’ve got Aaron Jones out of the game, he showed what he can do but it wouldn’t have made any sense to get Aaron Jones injured in a game that really didn’t mean anything at that point.  We wanted to get looks at guys like Quadraiz Wadley and [Tyrone] Nelson and see what they could do.”

Warren rushed for 95 yards for the Longhorns and Warrick contributed 73 yards receiving.

“The main thing was to get out of this game healthy,” Kugler said.  “From a physical standpoint, I thought our kids hung in there and competed.   We just didn’t have the horses that Texas had in the end and it kind of showed in the second half.”