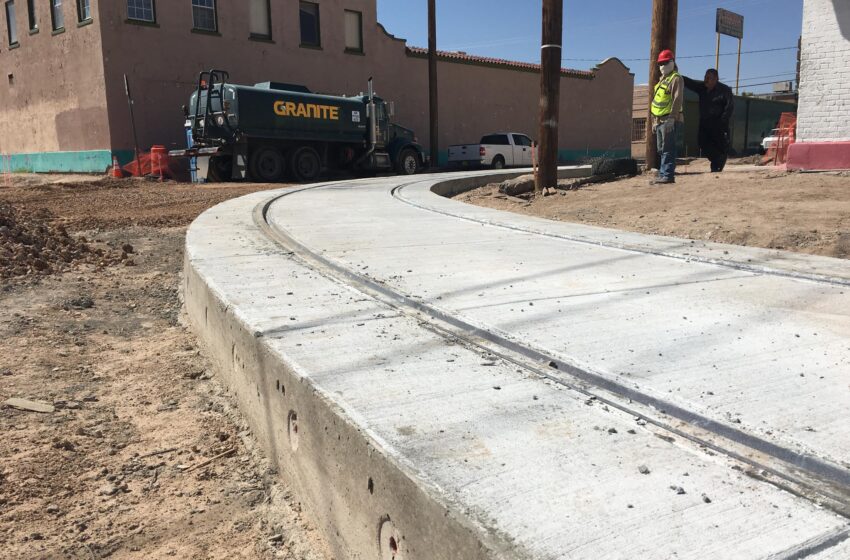 Paso del Norte Trackworks will dedicate additional crews toward the completion of construction along Father Rahm Avenue beginning next week, according to the Camino Real Regional Mobility Authority which is managing construction of the El Paso Streetcar Project.

This is being done to complete work through the heart of South El Paso before the holiday shopping season.

It also comes as rail work is nearing completion along Kansas Street and making the turn on to Father Rahm Avenue, according to the CRRMA.

To accommodate increased construction activity in the area, beginning on Thursday, September 29, 2016, Mesa Street and Oregon Street will be closed to vehicular traffic between 4th Avenue and 6th Avenue.

Also beginning on Thursday, September 29, 2016, crews will continue work on the foundations for poles which will support the Overhead Contact System (OCS) which will power the streetcars. As a result, moving lane closures will be in place along Kansas Street between Franklin Avenue and Paisano Drive.

As a result, Wyoming Avenue will be reduced to a single eastbound lane at Oregon Street at that time. This lane restriction will impact motorists using the Exit 19 to access Downtown from eastbound Interstate 10.

The following street closures and lane restrictions will remain in place during the week of September 26, 2016: