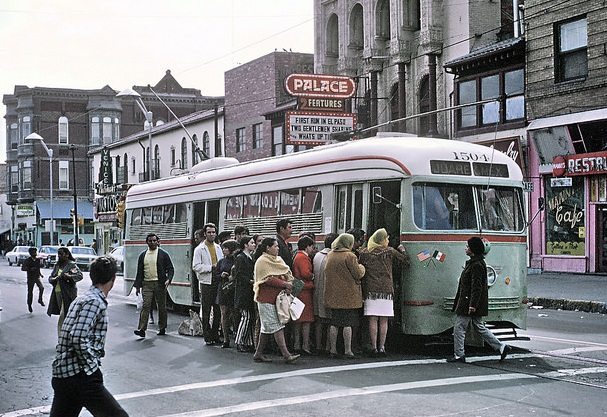 Several major streets in Central El Paso will be down to one lane or closed completely starting Tuesday, May 24th thanks to the on-going Streetcar Project.

Track work continues along Oregon Street, which remains reduced to one lane in each direction between Glory Road and University Avenue. Beginning on Tuesday, May 24, 2016, Oregon will be closed to thru traffic between Robinson Avenue and Kerbey Avenue for approximately three days.

Motorists who use Franklin Avenue to access eastbound Interstate 10 in Downtown El Paso will need to use alternate routes beginning the week of May 30, 2016.

At that time, crews from Paso del Norte Trackworks will begin relocating utilities in the intersection of Franklin and Stanton. As a result, Franklin Avenue will be closed to thru traffic between Stanton Street and Kansas Street for approximately two weeks.

During that time, motorists should use Wyoming Avenue or Main Drive to Campbell Street to access I-10. During this closure, Stanton Street will be reduced to one lane at Franklin Avenue.

When that work is complete, Stanton Street will close to thru traffic between Franklin Avenue and Missouri Avenue for approximately four weeks. During that time, northbound motorists should use Mesa Street or Campbell Street as alternate routes.

During this closure, Franklin Avenue will be reduced to one lane at Stanton Street.

These closures are necessary as crews relocate utility lines. As work is completed, closures will move north into other intersections along Stanton Street including University, Boston and Baltimore.

Lane Restrictions at Other Locations