New Mexico State University student Kristen Sullivan asks a question during the 2015 Domenici Public Policy Conference. Student panelists play a key role in the conference as the only audience members invited to question the speakers. The 2016 conference takes place Sept. 14 and 15. (NMSU photo by Niki Rhynes)

The fall semester may just be getting underway, but the group of university scholars serving as this year’s Domenici Public Policy Conference student panelists has already been busy for weeks, preparing for the important role they’ll play during the conference, set forSept. 14 and 15 at the Las Cruces Convention Center.

Topics for the conference include some of today’s most timely headlines, including police-community relations and the public trust; the state of mental health care and the criminal justice system; national security; and the coming presidential election.

The students, who come from universities around New Mexico, have worked in teams all summer, researching the conference’s topics and preparing thoughtful questions for each speaker. Panelists were nominated by faculty and administrators at their schools and selected by a committee of the Domenici Institute’s Advisory Council.

Garrett Autry, a graduate student in economics at NMSU, said after attending several past Domenici Conferences – an experience that’s free for NMSU students – he wanted to get involved as a panelist. With new information emerging daily for many topics, the students have been required to adapt their lines of questioning.

“We’ve been doing a lot of research on the speakers and their areas of expertise throughout the summer,” Autry said. “As we’ve learned more information and seen new developments in policy, we’ve refined our research even further.”

Sonny Christopher Haquani, a junior at University of New Mexico double majoring in political science and international studies, said he’s grateful to have the opportunity to serve as the audience’s voice during the conference.

“The statement that only students can ask questions makes a very powerful presupposition: that the inquiries and concerns of the next generation matter and are worth listening to,” Haquani said. “And I’m truly grateful to see this, especially in a field that typically values a nostalgic political wisdom over youthful idealism and post-structural thinking.”

NMSU Chancellor Garrey Carruthers, who is also director of the Domenici Institute, said that sense of empowerment from the student panelists is an enjoyable part of the conference experience for the presenters, as well.

The Domenici Student Panelist program is supported again this year by a $10,000 sponsorship from U.S. Bank, which will provide each student panelist with a $250 U.S. Bank Visa gift card and cover the cost of the students’ hotel accommodations in Las Cruces. Students will also participate in an orientation dinner the evening before the conference.

“I’ve attended past conferences, and the student participation is always a highlight of the experience,” said Craig Buchanan, market president for U.S. Bank in Las Cruces. “We’re pleased to support this wonderful learning opportunity for students across New Mexico.”

Kevin Boberg, vice president for economic development at NMSU and head of the selection committee, said the student panelists are proof that New Mexico’s future is bright.

“The students have been remarkable from their first introduction to us in May as nominees through their summer of research and collaboration,” Boberg said. “They have thoughtfully communicated in teams that span campuses and topics. I look forward to seeing the resulting conversation unfold at the conference.”

Conference organizers have made a change to the previously announced speaker lineup. Due to a scheduling conflict, N.M. Gov. Susana Martinez was unable to accept an invitation to speak on the conference’s second day. Instead, N.M. Secretary of Higher Education Barbara Damron will speak at 8 a.m. Thursday on strategic priorities for higher education in New Mexico.

Registration for the 2016 Domenici Public Policy Conference is $50 through Aug. 31, and $75 beginning Sept. 1. Online registration and more information, including a complete agenda, are available at domenici.nmsu.edu. The event is free for university students to attend. For more information or to register by phone, call the Domenici Institute at 575-646-2066.

The conference is supported by generous contributions from regional and national sponsors. For more information about conference sponsors, visit the sponsor page at domenici.nmsu.edu. 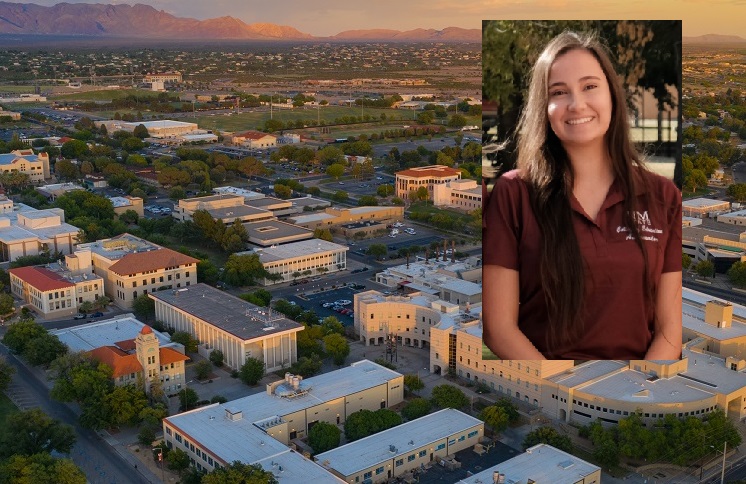