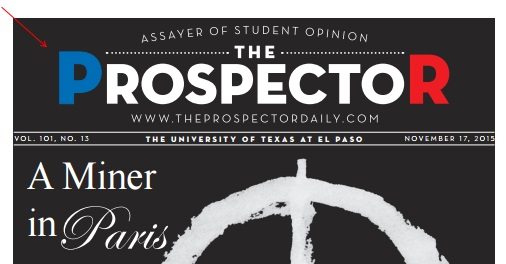 Students from The University of Texas at El Paso earned national awards for their individual and collective work on The Prospector student newspaper and Minero Magazine, UTEP’s biannual student magazine.

“It’s a team effort,” said Michaela Roman, editor-in-chief of The Prospector and senior digital media production and multimedia journalism double major. “Working in student media teaches you how to meet deadlines and work efficiently with each other. I’m glad our hard work was able to pay off and we could represent UTEP nationally.”

Pacemaker Award nominees are judged by teams of professionals based on coverage and content, quality of writing and reporting, leadership, design, photography and graphics. UTEP students received two Pacemaker Awards:

“The fact that these awards are national awards means our students are competing against the best of the best in college media,” said Kathleen Flores, director of UTEP’s student media and publications. “The ACP Pacemaker awards are considered the Pulitzer Prizes of student journalism, and I am extremely proud of these students’ accomplishments and that they are receiving national recognition for their hard work.”