AUSTIN  – Funding cuts by state lawmakers left a five-year, $5 billion hole in the budget for Texas public schools between 2011 and 2016.

A new University of Texas study analyzes the effect of those cuts, made because of state revenue shortfalls, which forced many districts to operate with less money despite a growing number of students.

Michael Marder, a professor and co-author of the study at the UTeach Institute at UT, says although state spending is beginning to rebound, there is still a need to deal with the problems caused by the cuts.

Marder says during that five-year period, the report shows that many districts were forced to cut class size, hire fewer teachers and limit non-core programs such as art, music and computer science.

He says properly funded school districts are better able to attract and retain high quality teachers and provide a wider variety of courses.

Marder points out the research shows that as the state begins to restore funding, the money is not always returned to the same programs to serve the same students.

“Accelerated instruction, which is for students who are struggling and need extra help, went down, particularly in schools with a lot of low-income students,” he explains. “Funding in the schools serving the lowest income students for bilingual education went down by as much as 40 percent.”

Marder says restoring the funding does not always deal with the problems created by the five-year “funding hole.”

“The neediest students may still not be receiving the same level of support they did previously, and I think this is a matter of concern to every citizen of Texas who cares about fellow citizens and the future of the state,” he states.

Marder says the study is the first of its kind to analyze the academic and practical effects of budget cuts on students in Texas school districts. 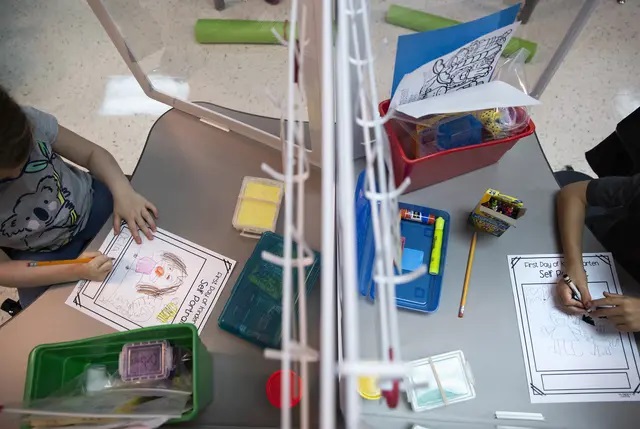