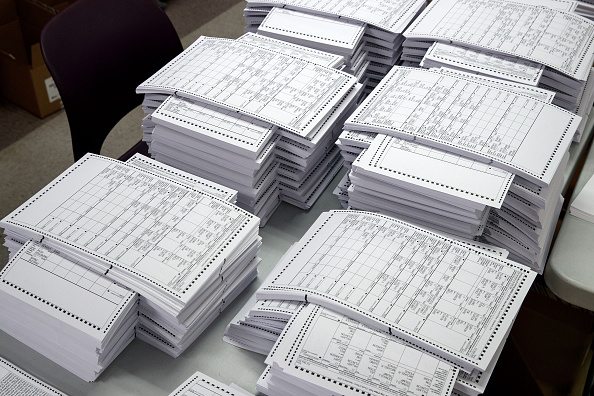 DALLAS – When you cast your vote March 6 in the Texas primary, how will you know if your ballot is secure?

A new study warns that most states – and particularly Texas – have done very little since 2016 to ensure that no one can tamper with their election results.

The study from the Center for American Progress finds that four out of five states have some voting systems that are vulnerable to foreign interference or hacking.

The study gave Texas a grade of D.

Danielle Root, the study’s lead author, says America’s next election could be up for grabs.

“With what we know about Russian interference, we cannot be taking any chances for the upcoming elections,” she states. “They need to be ready now and they need to make improvements now. Otherwise, we risk running into the same problems as we did in 2016.”

The study ranked voting practices in all 50 states and Washington, D.C. on criteria such as minimum cyber security measures for voter registration databases, proper training for election officials, and the ability to conduct post-election audits.

Root says experts are most concerned about direct-recording election machines, which do not produce a paper trail.

“Texas is one of those states that allows the use of paperless electronic voting machines in some of their jurisdictions,” she points out. “They’re just unreliable from an election security standpoint and they need to be replaced with a paper-based voting system immediately.”

Root says it is critical to American democracy that voters have confidence in their elections.

“It is of utmost importance that all eligible citizens are provided opportunities to vote and have their voices heard in our democracy,” she stresses. “But it is equally important, however, that their votes be delivered securely and their privacy protected.”

Root says changing to paper ballots may seem like a step backward, but until computerized electronic voting machines can be made hack-proof, it is the only way to make sure our elections are secure.