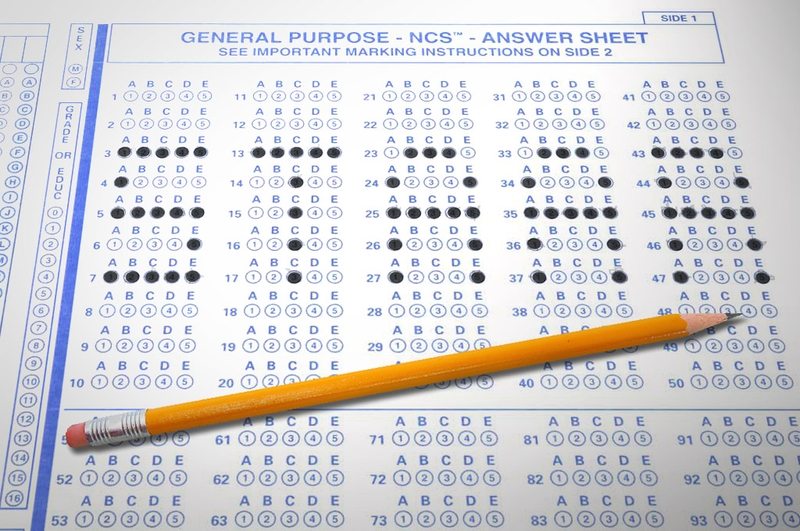 When Education Commissioner Mike Morath announced last month that the state would all but scrap the results of problem-plagued standardized tests for 5th and 8th graders, parents of students who hadn’t passed the exams were left scrambling to figure out what it meant for their children.

As far as the state was concerned, districts were free to advance every student to the next grade whether they had passed or not — no retesting required. Some parents assumed that summer school sessions to prep for the final test day would also be called off.

But Morath’s announcement — spurred by widespread problems that called into question the accuracy of scores — gave school districts wide discretion on how to proceed. Some districts decided to require summer school anyway, telling parents it was either mandatory or strongly encouraged. And many of those districts administered old STARR exams or locally crafted tests and plan to use the scores in deciding whether students will advance a grade.

Whether students attended summer school this year, and faced retainment, largely depended upon which district they attend. That left many parents involved in the blossoming anti-testing movement puzzled, or angry.

But school officials who decided to proceed with summer school emphasized that more classroom time couldn’t hurt students. Their decision was not money-driven, as some parents speculated, as fewer than 20 districts receive federal dollars for summer programs.

El Paso schools Superintendent Juan Cabrera said his district decided to continue with summer school because it was clear a lot of the students referred for summer classes because of failing STAAR scores could use the extra help.

“This was a year when all of the sudden we couldn’t assume the data was clean, but we had it scheduled,” he said. “Some students and parents were complaining about it, but we talked about how more help is not bad and make it a positive about deeper learning.”

Pflugerville schools assured parents that summer school students “have been identified through several measures as needing additional support to ensure future academic success.” And Spring schools told parents it “appreciates the Commissioner’s response to the challenges that were presented during the last administration of STAAR testing” but was “committed to helping students achieve their academic goals regardless of their performance on the test.”

Still, Morath’s announcement empowered other parents to withdraw their children from summer school, which they did mostly without issue. But many parents complained of the patchwork approach. Some took it even further.

“Those districts that held summer school for students whose only issue was failing STAAR did so without legal authority to do so,” said Ben Becker, chairman of the Committee to Stop STAAR, a grassroots group that sued the state over STAAR in May.

After Morath’s announcement, Pampa resident April Taylor Lee called the local school district and asked, “What’s the point of this?”

“All the surrounding towns canceled absolutely everything,” said Lee, who ended up sending her rising 9th grader to summer school because she was worried about the potential consequences. He passed a math exam “the teachers came up with” with a score of 75 and should be promoted, she said.

State data shows that almost all 5th and 8th graders are promoted regardless of their performance on the STAAR exam.