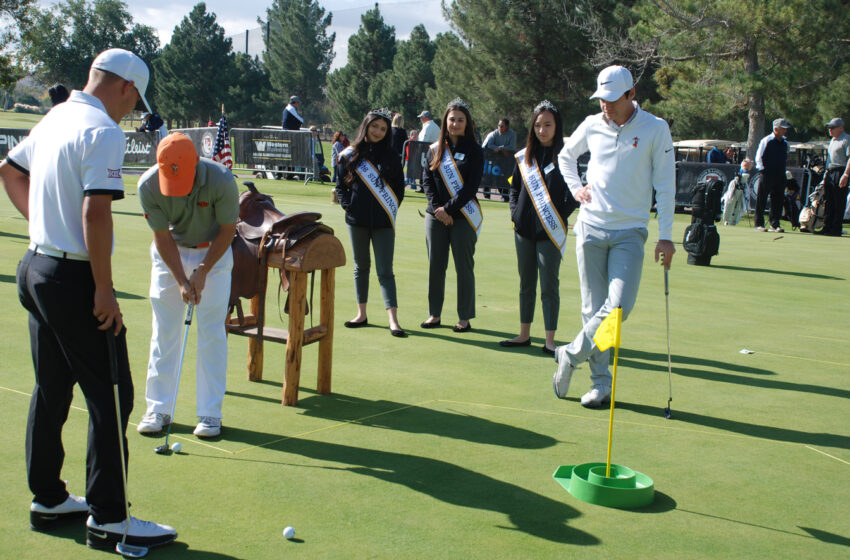 USC sophomore Justin Suh won the Titleist Long Drive Contest by blasting the ball 338 yards down the fairway, beating Oklahoma State junior Kristoffer Ventura by only three yards. Vanderbilt sophomore Will Gordon placed third with a distance of 334 yards and held the lead for most of the competition.

“I think I am one of the shortest guys out here so it’s really cool to out-drive the rest of them,” Suh said.

The PING Putting Contest came down to a playoff by the two players from Louisiana State University; sophomores Sam Burns and Luis Gagne.  The two Tigers tallied just 26 stokes around the course, which featured obstacles that represented the El Paso culture, but it was Gagne who would come out on top.

The Blue Media Blind Flop Contest seemed to be the most challenging of the three contests, although OSU’s Kristoffer Ventura won the event after getting his ball over the wall and within only 7-inches of the cup.  Florida Southern junior John Coultas tied for second with Alabama sophomore Riley Davis as each contestant marked a distance of 1-foot-3-inches.

“I’ve never been here to El Paso before and these last two days have been amazing. I look forward to the next couple of days,” Ventura said.  “I enjoyed it. It was fun and it’s a hard shot. I was able to pull it off but it’s just fun to be a part of everything.”

The Sun Bowl Association and Western Refining continue to host the event with two rounds of golf set for Saturday, Nov. 12 starting at 8 a.m. (MT) at the El Paso Country Club. The final round of golf is scheduled for Sunday at 8 a.m.  Live scoring will be available online at GolfStat.com.

The Sun Bowl Western Refining College All-America Golf Classic is one of the premier college golf tournaments in the country. Some of golf’s brightest stars have traveled to El Paso to compete in the tournament since its inaugural year in 1976.

“This tournament has become a pillar here in El Paso and in the golf community,” said Tournament Chairman Gary Hanson. “The rich

history of this tournament is a testament to the quality of our alumni that seem to win a PGA Tour event every week, and we are excited about the participants for this year’s tournament. It will be another exciting conclusion to the fall college schedule.”

Jordan Spieth, Tiger Woods, Phil Mickelson, Davis Love III, Ricky Barnes, Notah Begay and Jerry Pate are just a handful of past participants who went on to have successful PGA careers. College All-America Golf Classic Alumni have combined to win 50 majors championships and have earned over $1.8 billion in career earnings.

To be eligible for competition student-athletes must have been named as an All-America team honoree during the previous year as well the U.S. Amateur Champion or Runner Up who still have collegiate eligibility. The event is free and open to the public. 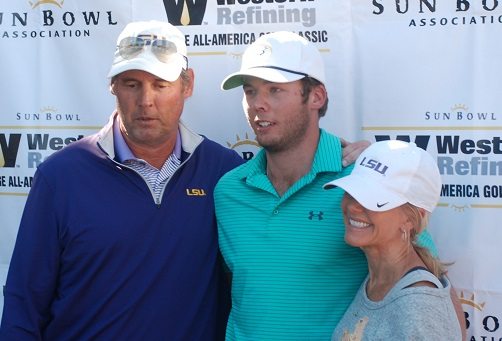