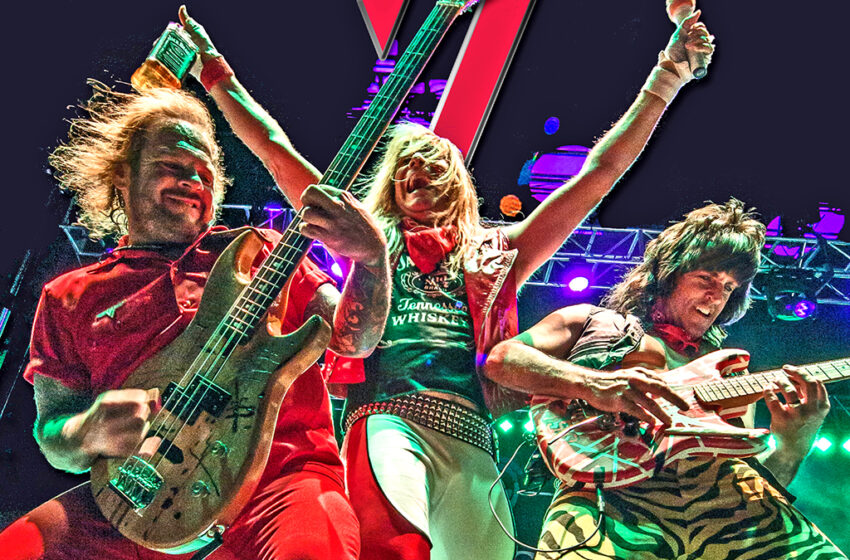 “The World’s Most Authentic Tribute to Van Halen” zooms into Sunland Park Racetrack and Casino Saturday, as Fan Halen takes the stage in Franklin’s Lounge.

Based out of Southern California, the four-member tribute band is highly regarded by fans and critics alike, touring the US,  Japan, South America, Canada and Mexico.

From the look of the band, the choreography, the note-for-note reproduction of the greatest rock songs ever written to the sonic energy of the performance, nothing is overlooked as the four-man band ‘jumps’ into their Van Halen characters.

Ernie Berru as David Lee Roth delivers the swagger and bravado second only to Roth himself; Derek Fuller as Edward Van Halen recreates Edward’s classic guitar tone, playing every riff and solo with as much fury and technique as Edward himself; George DuBose as Michael Anthony not only looks strikingly like Michael and supplies the quintessential bass signature sound of Van Halen; and finally Michael Thompson as Alex Van Halen, playing behind his amazing circa 1980 24-piece double-barreled quad bass drum Ludwig kit –  each musician plays their part to bring Van Halen to life every night.

As always, Franklin’s Lounge plays host to Fan Halen, with music starting at 8 p.m..  21 and over are always welcome, and admission is free.