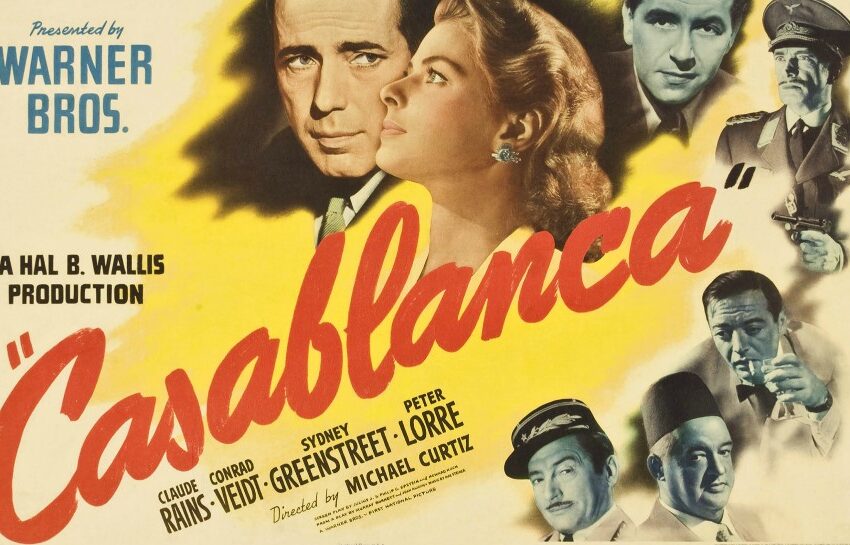 For the month of Feburary, film historian, educator, writer, archivist, publisher, collector and host Jay Duncan has a series of classic movie love stories at the International Museum of Art via the Sunset Film Society.

As part of the on-going Saturday afternoon tradition, the Sunset Film Society will present their ‘Bittersweet Romance’ series.

Duncan shares, “In matters of the heart, there are universal truths. Love, infatuation, betrayal, heartbreak and strength are inherent in us all. The Sunset Film Society has assembled four films spanning nearly 40-years which feature such timeless themes”

The presentations start at 2:00 p.m. with Jay’s insightful commentary, anecdotes and the facts behind the films.  As always, there is free admission, free parking and a full-service concession stand with freshly popped theater popcorn, beverages, candy and snacks.

For patron’s convenience, the door on Brown Street will be open at 1:30pm to enter directly downstairs into the auditorium.

Nominated for 8 Academy Awards and winning 3 (Best Picture, Director & Screenplay) CASABLANCA is on most every list of the “Greatest Films of All Time” and the personal favorite of many. An American expatriate must choose between his love for a woman
and helping her and her husband, a Czech Resistance leader, escape from the Vichy-controlled city of Casablanca to continue his fight against the Nazis.

Peppered with memorable scenes and dialog which have become part of our consciousness. Directed by Michael Curtiz. Music by Max Steiner. Based on the unproduced stage play “Everybody Comes To Rick’s” by Murray Burnett and Joan Alison. Screenplay by
brothers Julius and Philip Epstein and Howard Koch. Dynamite ensemble cast!

The thrill, pain and tenderness of an illicit affair is realized as two married middle-age strangers meet at a train station and find themselves drawn into a short but poignant romance. Intense and unforgettable in the dour gray England of 1945.

Underscored by the swirling Second Piano Concerto by Rachmaninoff. Adapted by Noel Cowardfrom his 1936 one-act play “Still Life.” Straightforward and quiet direction by David Lean, notable for such epics as BRIDGE ON THE RIVER KWAII, LAWRENCE OF ARABIA, and DR. ZHIVAGO.

Gregory Peck is a reporter and Audrey Hepburn is a royal princess out to see Rome on her own and incognito. Hepburn won the Academy Award for Best Actress in her American movie debut, as did the Screenplay and Costume Design. Directed by William Wyler (BEST YEARS OF OUR LIVES, BEN-HUR).

A contemporary playwright falls in love with a woman in a seventy-year-old photograph and sets out to find the object of his affection. Heartfelt and sensitive adaptation by Richard Matheson of his 1975 novel, “Bid Time Return”, and featuring a lovely music score by John Barry. Directed by Jeannot Szwarc.