With winter is just around the corner, the Sunset Film Society has a month of Classic Holiday Entertainment for planned each weekend in December.

“During this most blessed time of family and friends celebrating the holidays together, plan on spending a portion at the International Museum Of Art. May you all retain a “Sense of Wonder” and be filled with fellowship and love!” Jay Duncan, Sunset Film Society’s Director shares.

By popular demand, the Sunset Film Society will present one of the most requested programs of Holiday Classics on December 21st, and the first of the all-star “disaster movies” is presented on December 28th.

Film fans are invited to show up early – at 1:30 – for Special Holiday shorts.  Plan now on spending your Saturday afternoons with Jay for insightful commentary, anecdotes and the facts behind the films.

Also featuring:   Phoebe Cates and Polly Holliday. Music by Jerry Goldsmith. Written by Chris Columbus. Directed by Joe Dante.
Gremlins – Trailer
Dec. 21st  —
Let’s ALL experience the “Sense of Wonder” we once had, as we see “…Through the Eyes of a Child”
Plan now on bringing the kids and grandkids for an unforgettable program spanning 43 years.  As we look forward to this most Blessed Season and usher out 2019, we’ll go back in time for the very first animated television Christmas Special, an Academy Award-nominated cartoon from the USA, an enchanting Academy Award-nominated animated short from England, and an Oscar-winning live-action short from France.
MR. MAGOO’S CHRISTMAS CAROL  (UPA:  1962)    TECHNICOLOR    53 minutes
Before A Charlie Brown Christmas or even How The Grinch Stole Christmas, there was Television’s 1st Animated Christmas Special! On Tuesday, December 18, 1962, Mr. Magoo’s Christmas Carol debuted on the NBC Television Network, sponsored by Timex. It became an annual holiday event for the next two decades, then it vanished from regular telecasts.

However, if you’re a baby boomer…or older, you know that this program was produced with loving care; featuring wonderful voice characterizations, a memorable Walter Scharf music score with songs by Jule Styne and Bob Merrill and the famous “minimalist” style of  UPA (United Producers of America.) animation. Charles Dickens’ timeless 1843 literary classic has been faithfully and movingly adapted, and in my book rates just below the all-time classic British version, SCROOGE,  produced in 1951 starring Alastair Sim.

PEACE ON EARTH  (Metro-Goldwyn-Mayer:  1939)    TECHNICOLOR    9 minutes    Released December 9, 1939     80th Anniversary!
In December 1939, MGM released an animated short entitled Peace on Earth and it was made at a time when much of the world was contemplating peace – or the diminishing prospect thereof. World War II had begun in Europe and, although the United States had yet to become involved, many Americans were endeavoring to promote the possibility of a peaceful resolution.

In this animated classic, two young squirrels ask their grandfather why they say “Good will to men” at Christmastime and inquire what exactly “men” are. The grandpa squirrel tells them that men were a monstrous species that used to be in charge until they were all wiped out in a global conflict.

Peace on Earth was nominated for an Academy Award and it has also been included in the book The 50 Greatest Cartoons: As Selected by 1,000 Animation Professionals from film historian Jerry Beck. Hand-drawn and photographed on thousands of sheets of celluloid with no computer assistance, this is animation and design at its epoch, and shows the power of the animated film to move an audience emotionally. Academy Award Nomination:  “Best Animated Short.”

THE RED BALLOON  (Lopert:  1956)  TECHNICOLOR  34 minutes  France
A “Sense of Wonder” and the innocence of Childhood has seldom been more fully realized than in this dialog-free French short subject. Filmed entirely in the back streets and narrow alleys of Old Montmartre, it tells the adventures of a little boy (the director’s own six-year old son Pascal) and a big red balloon he rescues from a lamppost. This world-acclaimed film inspired 2008’s French feature:  Flight of the Red Balloon.  Starring:  Pascal Lamorisse, the children of Menilmontant and all the balloons of Paris. Directed, produced and written by Albert Lamorisse. Academy Award winner – “Best Original Screenplay”.

The Red Balloon (1956)  – Le Ballon Rouge Movie HD
Dec. 28th —  THE POSEIDON ADVENTURE (20th Century-Fox:  1972)
The S.S. Poseidon, is an aged luxury liner on her final voyage from New York City to Athens before being sent to the scrapyard. On New Year’s Eve, she is overturned by a rogue 90-foot wave. Passengers and crew are trapped inside, and a rebellious preacher attempts to lead a small group of survivors to safety…UPWARD! The first of the big-budget all-star cast “disaster movies.” Starring:  Gene Hackman, Shelley Winters, Ernest Borgnine, Stella Stevens, Red Buttons, Carol Lynley, Roddy McDowall, Pamela Sue Martin, Jack Albertson and Leslie Nielsen as The Captain. Based on the novel by Paul Gallico. Produced by Irwin Allen. Music by John Williams. Directed by Ronald Neame.
Nominated for 9 Academy Awards…Winner of 2 (Special Achievement for Visual Effects and Best Original Song – “The Morning After”).  The Poseidon Adventure (1972) Trailer
Tags: International Museum of Art Sunset Film Society 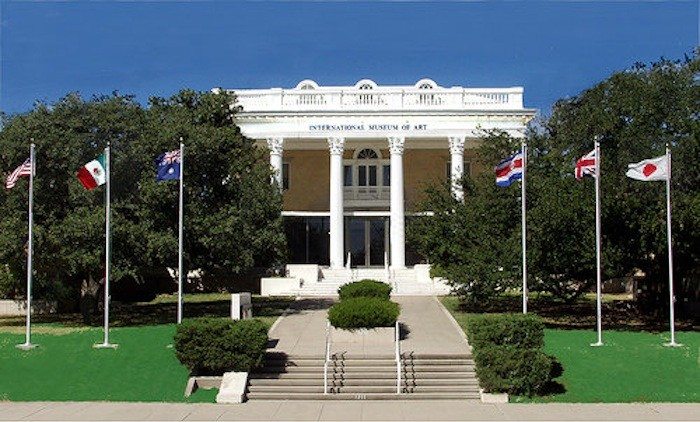