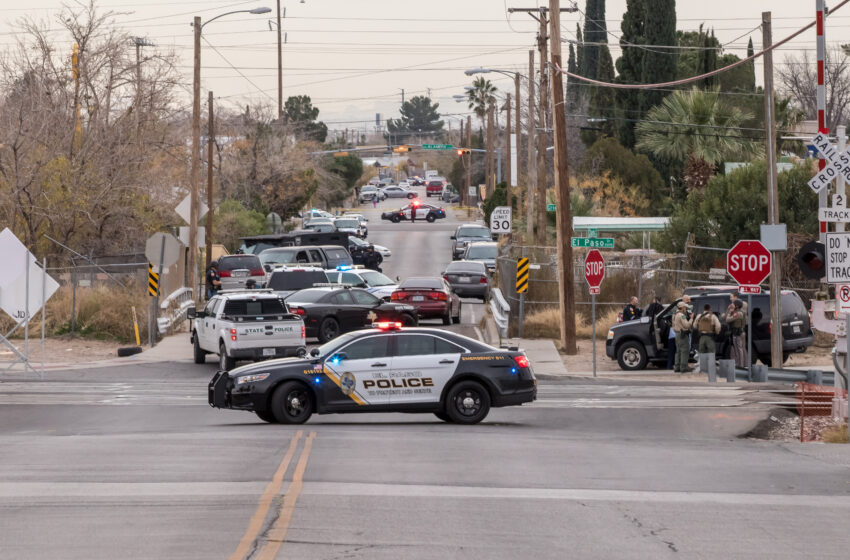 The shooting happened around 12:10 p.m. Tuesday afternoon near the intersection of North Seville Driveand Sambrano Avenue, about a mile east of Fox Plaza.  The yet-unnamed suspect was taken into custody at a home along the 100 block of North Clark, shortly after 8 p.m.

According to initial information, the officers were investigating reports of a suspicious person in the neighborhood when the man, only identified as a Hispanic male, fired at least one shot toward the officer as he was inside his vehicle. The officer was shot in his hand and transported to University Medical Center where he was treated and released hours later.

EPPD says officers returned fire during the initial incident and the suspect fled from the scene and into the neighborhood.

The search for the suspect forced a massive manhunt and closure of Alameda Avenue and a lockout of Cooley Elementary on Clark and Alameda. Just after 3 p.m., EPISD officials were able to arrange for buses to transport the students from Cooley Elementary to nearby Henderson Middle School.

According to police, approximately eight hours after the beginning of the manhunt, they were forced to use gas to enter a residence and take the suspect into custody. No officers were hurt during the suspect’s apprehension.

El Paso Police are working the the Texas Rangers, and are also conducting two internal investigation into the officer involved shooting. The identity of the suspect is expected to be released Wednesday.

Officers expect to be investigating the incident through the night, but said they expect Cooley Elementary to return to normal schedule on Wednesday. They are asking residents who live within the immediate perimeter to seek alternate housing arrangements for the evening if possible.