UTEP, NMSU Set for Round Two in The of Battle

In their 217th meeting and second this season, rivals UTEP and NM State will tangle tonight at 7 p.m. in the Don Haskins Center as the FirstLight Federal Credit Union Battle of I-10 resumes. “It’s a significant rivalry based on proximity. You can throw the records out and you’re going to get each other’s best […]Read More

UTEP Head Coach Rodney Terry, along with his revamped roster will experience their first Battle of I-10 on Friday (Nov. 9) as UTEP will face NM State for the first time this season. Tipoff is set for 7 p.m. in the Pan American Center. “It’s obviously a great rivalry, one that we have tremendous respect […]Read More

UTEP takes on NM State in the rematch of the Battle of I-10 on Friday in Las Cruces. The Aggies won the first meeting between the teams 79-68, on December 13 in El Paso. UTEP (2-9)  and NM State (12-2) are meeting after Christmas for only the second time in 15 years.  The first was […]Read More

Gallery+Story: Aggies Speed by Miners 79-68, Take Round One of

Ian Baker scored five of his game-high 20 points during an 11-0 run midway through the first half, leading NM State to a 79-68 victory at UTEP on Tuesday. The Aggies (9-2) won their seventh straight game and handed the Miners (2-6) their fifth consecutive defeat. “They were better than us tonight,” UTEP coach Tim […]Read More

H-P Sports In Depth: Miners Bring Confidence into Round One

Despite dropping a tough 78-77 decision at New Mexico last week, the UTEP men’s basketball team gained some confidence that it hopes will translate into a winning performance against I-10 rival NM State on Tuesday in the Haskins Center. The Miners (2-5) and the Aggies (8-2) will lace ‘em up for the first time in […]Read More

Softball Battle of I-10 Set for Tuesday: UTEP vs NMSU

After coming off another Conference USA series win, the UTEP softball team will host I-10 rival NM State on Tuesday starting at 6 p.m. The contest is an Orange Out – fans that wear orange will get in free. The Miners (19-24) and Aggies (28-19) will play a single game, as it will be the […]Read More

Aggies sweep Miners in 20-point win at the Don

On a night that would see one team win their first game in the past four attempts; the rivalry that is the Battle of I-10 added another page to the chapter, one UTEP would prefer to forget, falling to NM State 73 to 53 at the Don Haskins Center. The Aggies jumped to 14-0 lead […]Read More 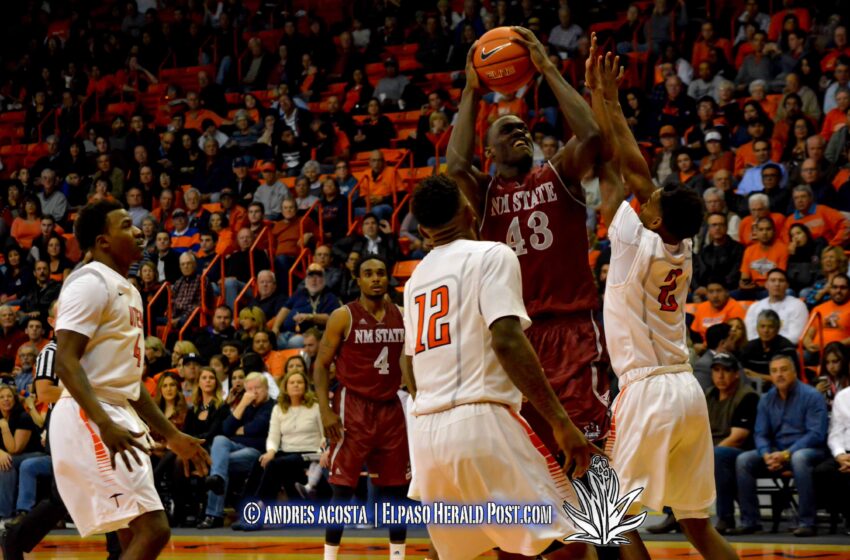 The Aggies rolled into the Haskins Center looking to sweep the Miners, and managed to beat UTEP by 20 points 73 to 53. Here’s Andres Acosta’s view of the game.Read More 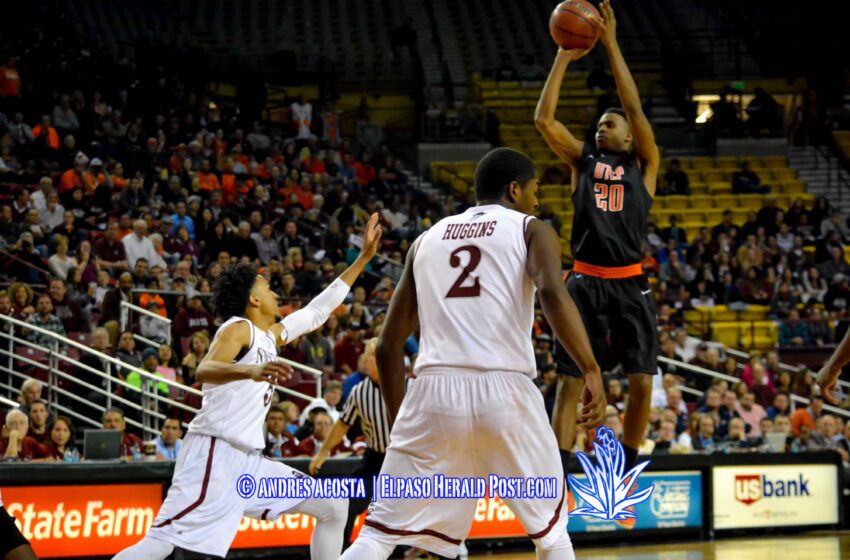 Pascal Siakam collected 24 points and 23 rebounds, and NM State built a big lead early in the first half en route to a 73-59 win over UTEP on Wednesday at the Pan American Center. The Aggies (5-2) scored the game’s first 10 points and led 20-4 seven minutes into the game.  The Miners cut […]Read More