On Friday, officials with the El Paso Independent School District released their survey to let parents decide which style of learning they wish their children to have at the start of the 2020-21 school year is now open. Parents are asked to log on and make a selection for each child enrolled in the District. […]Read More

On Tuesday morning, the El Paso Independent School District Board of Trustees approved a 2% salary increase for all teachers and employees in the upcoming 2020-21 school year. “While we recognize that the financial outlook for the country is unclear given the impact of the COVID-19 pandemic, we also know that in EPISD we are able to […]Read More

Isolation does not mean a lack of inspiration. And for visual-arts students and art-minded employees in EPISD there is now a new space to showcase the work they are doing while respecting the Stay Home, Work Safe city order. EPISD’s Fine Arts Department launched a new Virtual Art Gallery this week to display students and […]Read More

A new food pantry organized by the El Paso Independent School District in partnership with El Pasoans Fighting Hunger will kick off this week to help families in need. After seeing a call for food assistance, Raymond Telles Academy organized a fresh food pantry will operate from 2:30 to 3:30 p.m. every other Friday starting […]Read More

El Paso ISD Announces Early Release for Some Schools Due

Several El Paso Independent School District campuses near the site of a planned rally by President Donald Trump will have early release on Monday in anticipation of large crowds and potential traffic issues. The schools, all of which are near the El Paso County Coliseum, will release students at noon on Monday. Classes at all campuses will […]Read More 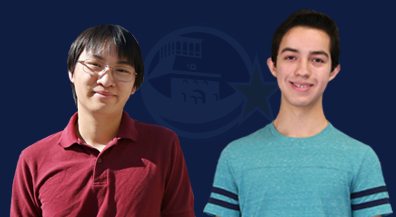