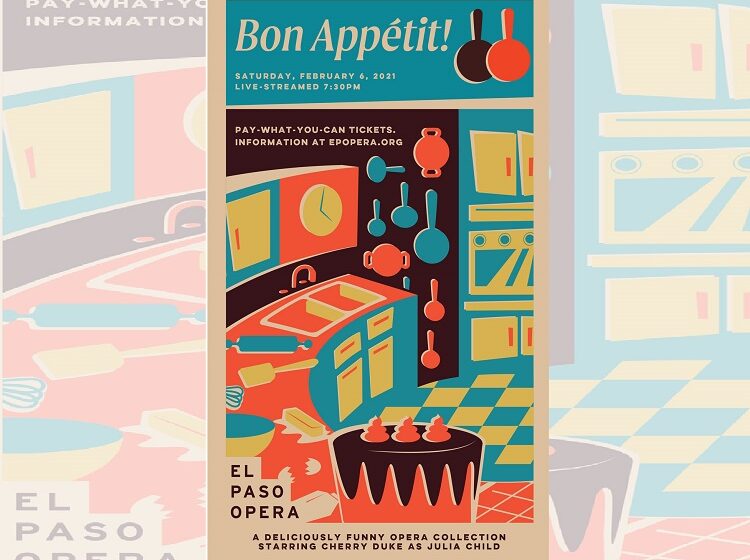 El Paso Opera officials announced Wednesday that Bon Appétit! – originally planned for March 2020 and had to be cancelled due to the pandemic – will finally hit the stage in February. Officials say that Bon Appétit! will be a Live-Streamed event via El Paso Opera’s YouTube channel on Saturday, February 6 at 7:30pm.  Tickets […]Read More