The results of the 2018 election pointed to a Texas that remains Republican red in elections — but not as red as political folks have come to expect. And those, in turn, raise questions about 2020 and whether Texas will revert to form or take a political turn. We are also starting a census year, meaning the next Legislature […]Read More

Since launching his bid for U.S. Senate last year, U.S. Rep. Beto O’Rourke has painted Republican incumbent Ted Cruz as a senator whose national ambitions have distracted him from his Texas duties. Cruz has questioned what accomplishments the congressman from El Paso has to his name. How exactly do the two men’s records stack up? Their […]Read More 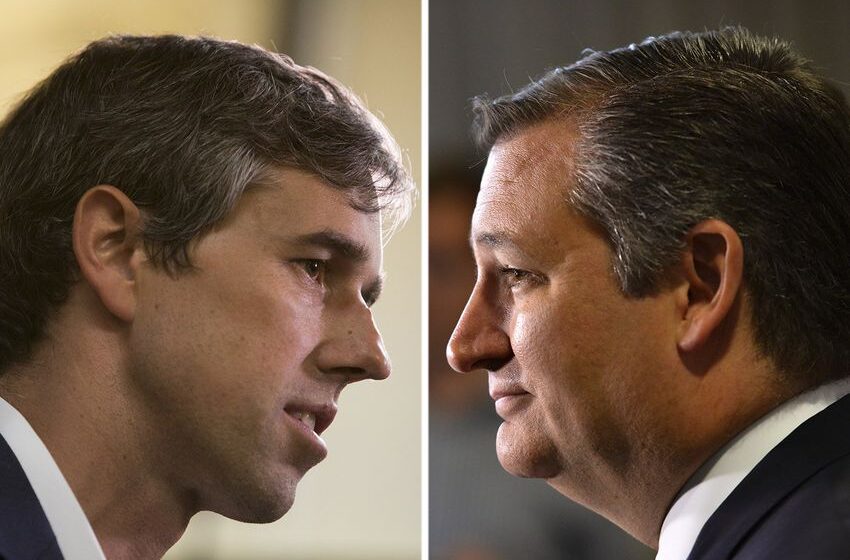 President Donald Trump’s rally Monday in Houston with U.S. Sen. Ted Cruz has been moved to a bigger venue. Originally set to take place at the NRG Arena, the event will now be held at the Toyota Center, Trump campaign manager Brad Parscale announced in a tweet Thursday afternoon, describing the demand for tickets as […]Read More 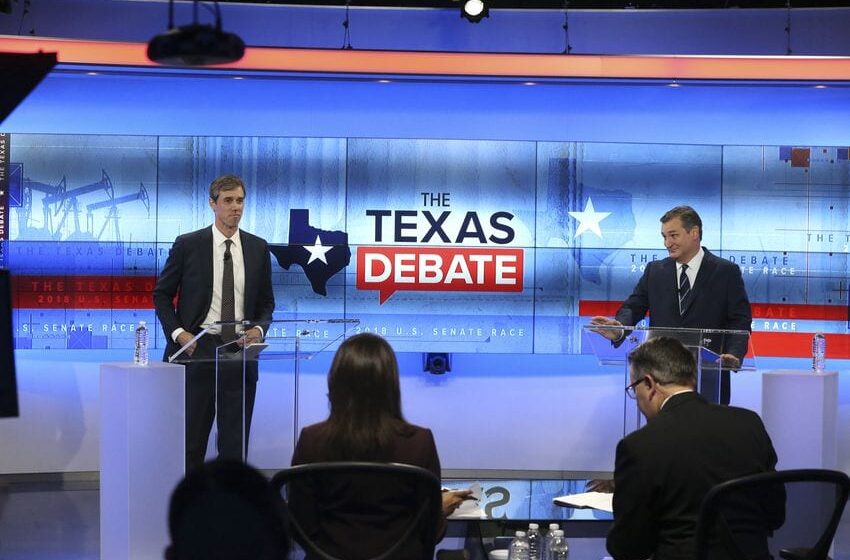 SAN ANTONIO — In the lead-up to the U.S. Senate debate here Tuesday night, Democratic candidate Beto O’Rourke heard from supporters who wanted him to take a more aggressive stance toward Republican incumbent Ted Cruz. It appears O’Rourke listened. Over the hourlong event, the El Paso congressman took a series of harsher-than-usual swings at Cruz […]Read More

U.S. Sen. Ted Cruz, R-Texas, and Democratic challenger Beto O’Rourke are set to square off on the debate stage for the first time Friday evening in Dallas. The 6 p.m. (5 p.m. Mountain) event at Southern Methodist University is the first of three hourlong debates, and it comes as polls continue to show a tight race […]Read More

U.S. Sen. Ted Cruz, R-Texas, leads his Democratic challenger Beto O’Rourke by 9 percentage points among likely voters, according to a new poll from Quinnipiac University. Released Tuesday, the survey found Cruz with 54 percent support and O’Rourke, an El Paso congressman, with 45 percent. Only 1 percent of those polled were undecided. “The Texas […]Read More

U.S. Sen. Ted Cruz, R-Texas, and his Democratic challenger, U.S. Rep. Beto O’Rourke of El Paso, have agreed to three debates before Election Day. Announced Friday by both campaigns, the schedule calls for debates Sept. 21 in Dallas, Sept. 30 in Houston and Oct. 16 in San Antonio. Each event will be an hour long […]Read More

President Donald Trump’s budget chief said Saturday that Republican U.S. Sen Ted Cruz could lose his seat in the November elections, suggesting that he is not likable enough, The New York Times reported. According to the Times report, Mick Mulvaney, the leader of the Office of Management and Budget and the Consumer Financial Protection Bureau, said at a […]Read More